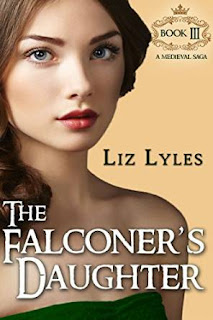 Finally married, Cordaella grows restless in Santiago.  She has seen nothing but the palacio and the cathedralsince arriving.  She wants to see something else.  She wants to travel.  But Pedro doesn’t take her anywhere.  He refuses to let her cousin Phillip come visit.  Pedro is jealous of any man who Cordaella talks to.  He even hires one of his men to spy on her while he is away on business.

When Pedro finally decides to take Cordaella away someplace, she doesn’t expect what she finds at the end of her journey.  Rias Altas was a change for the worse.  The castle is nothing more than a prison for Cordaella.  She is not allowed to leave and there are guards all around.  To make things worse, Cordaella discovers she is finally pregnant.  She learns many secrets while here from one of her ladies; things that shock her.  She learns secrets about the Duke and one of her servants Isabella.  She will do anything to leave.  But she has no idea the way she is to leave is by a kidnapping.

She has no idea where she is taken.  Then one day Pedro shows up.  He still loves Cordaella but doesn’t trust her and doesn’t believe the baby she is carrying is his.  He doesn’t believe she loves him either.  He has become a different person, one Cordaella really doesn’t like.  Will she ever be able to escape his grip?

This edition of the book brings a lot of action, excitement and even some tears as it is a very emotional and important part of the story.  As with the other editions, I was glued to the pages.
Posted by Janine at 6:22 PM