Review: Once Upon a Christmas (Love at Langley Park #1) by Jane Porter 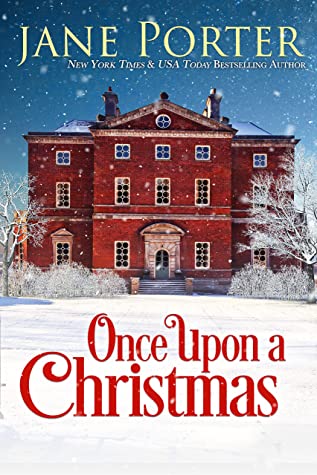 Can the magic of the Christmas season lead to a fairy tale happy ending?

When Cara Roberts’ family plans an extra special Christmas to support her after her broken engagement, she wants nothing to do with the holiday. After learning her brother and his wife can’t use the cottage vacation they purchased, she impulsively escapes to an English cottage in the bucolic village of Bakewell, despite having no idea where Bakewell is.

Lord Alec Sherbourne of Langley Park is no fan of Christmas, but following in his parents’ footsteps, he annually donates his impressive 19th century country home to be decorated and opened on December weekends as a community fundraiser. This year, Christmas is complicated by the arrival of a pretty American woman who booked a cottage on his estate—only the cottage is occupied. Forced to take her under his vast roof, he’s dismayed when a storm and frozen pipes keep her with him longer than he’d anticipated. Even more worrisome, her presence is making it feel like Christmas for the first time in forever.

As these two holiday housemates become friends, is there something more in the Christmas air?
My Review:
My new favorite Christmas book.
This is the first book in the Love at Langley Park series and I have to say, I am already hooked.  I loved the unexpected roommate situation with Cara Roberts, an American tourist spending Christmas in England, and Lord Alec Sherbourne, who just wanted to spend a quiet Christmas at his country estate, Langley Park.  When a snowstorm traps them together, along with several of Alec’s elderly relatives, Alec losses the cranky edge he had, when him and Cara first met, causing Cara to start falling in love with Alec.  But is it enough for two people, who live half the world apart, to start a relationship?
This book is the ultimate Christmas story.  Both, Cara and Alec suffer from broken hearts.  Cara’s engagement recently ended and Alec still grieves for his wife.  Together, they heal each other and learn to move forward.  The characters are very well defined and the setting felt so real.  I could easily picture the scenes playing out in my mind.  I won’t soon forget this story.  It is my new favorite Christmas story.
Posted by Janine at 3:00 AM 2 comments: 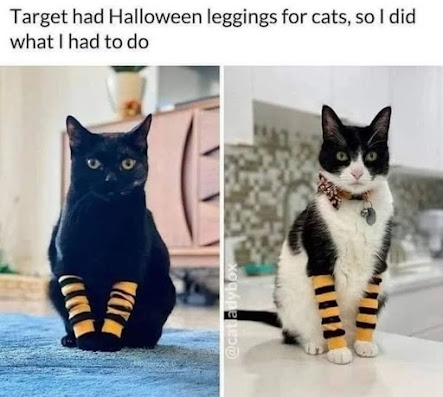 Posted by Janine at 6:53 AM No comments: 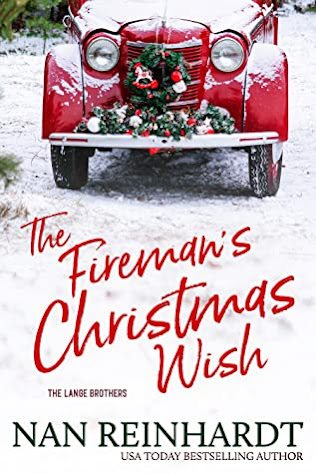 Her heart is wide open, but he’s nailed his shut.

Preschool teacher Harley Cole has always viewed life through rose-colored glasses. With a career she loves, friends she enjoys, and a home that is her haven, there’s only one thing missing—finding her soul mate. As the holidays approach, Harley is inspired to help her former high school crush rediscover his holiday joy. It’s just a good deed...until the feelings she thought were gone come rushing back.

Fire Chief Becker Lange returns home to River’s Edge with a heavy heart. His divorce has emotionally ravaged him, leaving him more confused than ever about what women want. So to protect himself from another failure, he closes his heart. And then Harley Cole makes him a flirty dare that she can help him overcome the holiday blues. Beck’s not sure he wants to, but Harley’s a hard woman to tell no.

Can the magic of Christmas and a sweet stray kitten bring these two lonely souls together?
My Review:
Their love was meant to be.
When Becker Lange first returned to River’s Edge, he was sad and grumpy.  His marriage didn’t work out and now he was back home starting over.  Sure, he landed the job he wanted, as fire chief, but something still seemed to be missing.  He wasn’t sure it was love until his friend Harley decided to take it upon herself to turn Beck into her Christmas project.  Harley knew if she could get Beck into the Christmas spirit, he would be happy again.
When Harley was younger, she had a crush on Beck.  Spending time with him only brought it back with more intensity.  But so much time has passed and she isn’t sure Beck felt the same way about her, or if he could ever love someone again.  Will the magic of the season be what they needed?
This story is going to stay with me a long time.  I was so involved in it and didn’t want to see it end.  I loved how Harley and Beck were able to come together and find happiness even though they were both going through so much in their personal lives.  They proved miracles do happen.  I also loved returning to River’s Edge where so many characters live.  I enjoyed catching up with their lives.  Nan Reinhardt creates unforgettable characters and towns that I just can’t get enough of.  They feel so real.
Posted by Janine at 3:00 AM 4 comments: 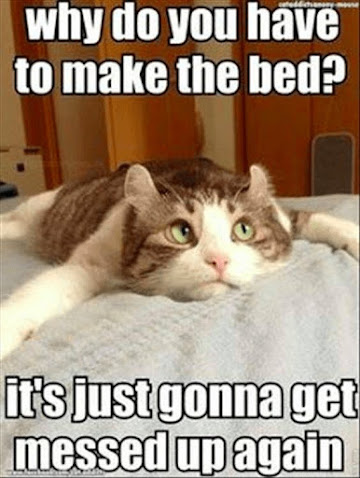 Posted by Janine at 8:15 AM No comments: 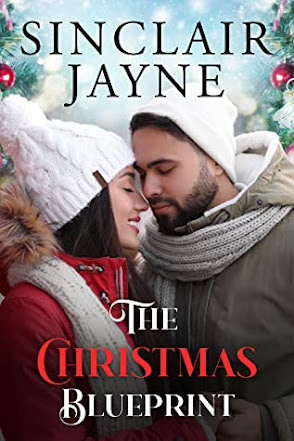 Re-discover the magic of the Christmas season with this sweet and heartwarming holiday romance that will have you believing in second chances. Fans of the Hallmark Channel won't be able to put down this sparkling small town Christmas romance.

She needs a win this Christmas. He’s standing in her way.

Boutique owner Sophia Gonzales is ready to shake off her grief and make some changes. As a new member of the town’s planning commission, she agrees to run point on an exciting proposal to repurpose an abandoned, historic mill for the city. But proving herself becomes far more challenging when she meets with her project partner—her late fiancé’s best friend who's never agreed with her about anything.

The last thing architect Killian Flanagan wants is to move back to Bear Creek, but his best friend needs him to watch his daughter while he completes his last deployment. So Killian accepts a part-time city planner job, hoping he can avoid the one woman he’s never been able to forget. But not only is Sophia the first to greet him, she’s already got plans in motion for his—no, their—project.

It's the ghost of Christmas past, with Sophia and Killian trying not to fall in love in the present…but maybe a future together is the real blueprint for happiness.
My Review:
A beautifully written Christmas reunion romance.
This book has everything I was looking for in a holiday romance.  It was full of hopes and dreams, and Christmas magic.
Killian Flanagan and Sophia Gonzales grew up together.  They both had crushes on each other, but they never confessed their true feelings.  Years later, Killian is back in Bear Creek and he finds himself working along with Sophia planning a new artisan market in town.  As Killian and Sophia work together, their feelings for each other grow stronger.  But before anything can happen, Killian must confess a secret.  This secret could ruin all the progress they just made.
This book is a great addition the Bear Creek series.  I just couldn’t get enough of it.  Sometimes a book is so good, you just don’t want it to end.  I also enjoyed catching up with characters from the previous book.
Posted by Janine at 3:00 AM No comments:

Review: Someone Cruel in Coyote Creek (The Accidental Detective, #3) by Kris Bock 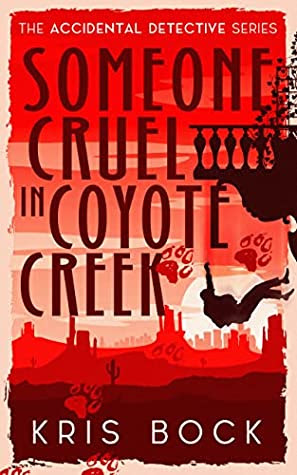 Kate Tessler is convinced her sister is trying to kill her. In fact, she might prefer death to Jen’s “50 for 50 Challenge,” where Kate will try fifty new things throughout the year she turns fifty. Still adjusting to her new underemployed life back in her childhood home in Phoenix, the last thing Kate wants is to prepare for paddle boarding, especially when she receives an anonymous message claiming that Mayor Todd Paradise is taking bribes. The author claims to have proof, including photos, and challenges Kate to publish the story.

Could good guy Todd, Kate’s almost boyfriend, really be corrupt or is someone trying to set him up? Kate sets out to discover the truth, with help from her multi-generational, unconventional, and often unhelpful crew. She thrived reporting from war zones as an international war correspondent, but can she survive a deadly fundraising party, a close encounter with a taser, a turn at an open mic night, and a 100-pound dog named Whiskers?
My Review:
Full of fun, excitement and witty humor.
Kate Tessler is about to turn fifty and her sister has fifty new experiences lined up that she wants Kate to try before the big day.  If that wasn’t enough, someone is trying to set up Kate’s friend, mayor Todd Paradise, saying he has been taking bribes.  But when a murder happens at a fundraiser dinner, it becomes a race to find the killer before someone else ends up dead.
Kate has her hands full in this book.  It is a fun and exciting story and a great addition to The Accidental Detective series.  I enjoyed catching up with Kate, her family and friends in this book.  I enjoyed seeing Kate and Todd become closer in this book too.
Posted by Janine at 3:00 AM No comments: