Review: Cooking Up Trouble (The Brides of Blossom, Texas #2) by Lenora Worth 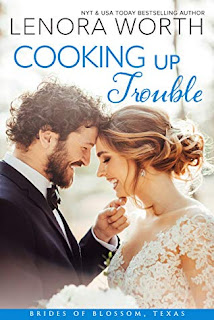 Can sweet and spicy make for a delicious pairing?

When barbecue food truck owner Holt Collins caters a wedding at the romantic wedding venue Falling Blossoms, he meets a woman who throws him for a loop. She may be gorgeous, but they clash immediately. He did however love the venue and makes an appointment to show it to his finance, only to receive a break-up text.

Devastated, Holt spends a few days trying to figure out what went wrong and what to do next. He decides to grab a bite at a local cafe, unaware that it is owned by Kayla Burton. After telling Kayla he’s no longer engaged, he later finds her kitchen in crisis and Kayla desperate for help, but unwilling to ask. He steps in and saves the day, but she hates giving up control of her kitchen, much less her heart. She’s attracted, but he’s just been jilted. Is this a rebound fling or fate working its magic?

Things heat up hotter than a Texas summer when Holt Collins, a BBQ guru, comes to Blossom, Texas, and sets eyes on cafe owner, Kayla Burton.  Both Holt and Kayla are a bit damaged, but together they help each other overcome the hurt of their past.  Holt recently got dumped by his fiancé and Kayla worries about getting her heart broken again as her last relationship didn't end so well.  As they work together through the Labor Day festivities and their friends' wedding they begin fall in love.

The author told this story in a way that I felt I was transported to Blossom with all of its small town charm and friendly people. The descriptions and details of this story really made it come to life.  I can't wait to read the next installment in the Brides of Blossom, Texas series. 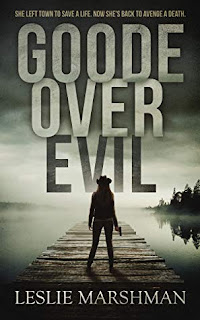 She left town to save a life. Now she’s back to avenge a death.

Years ago, Samantha Goode was driven away from love, her family, and her past. Now the Texas Ranger is back in Crystal Creek for her estranged grandmother’s funeral, even though it means coming face to face with everything, and everyone, she’d left behind. When a brutal murder shatters her world, Sam is determined to stay until she solves it. Soon she’s knee-deep in suspects, including the family of the man she once loved but was forced to betray.

Rancher Clayton Barnett will do anything to keep his autistic younger brother out of an institution, including sidelining his life to work for their powerful, manipulative father. When tragedy brings Sam back into his life, instead of rekindling their romance, Clay finds himself embroiled in a dangerous murder investigation.

Will old secrets pull Sam and Clay apart once more, or can they rise above their past? And with a ruthless killer on the loose, will Sam’s hard-earned Ranger skills be enough to ensure that Goode triumphs over evil?

Goode Over Evil is about a tough as nails Texas Ranger, Samantha Goode, who returns home to Crystal Creek, Texas, for her grandmother’s funeral only to discover her uncle has been murdered.

There are a lot of factors that kept Sam from returning home and one in particular will do anything to make her to leave again.  Returning home means Sam will have to face her high school love, Clayton Burnett, who she left without a word.  While solving her uncle’s murder, Sam finds herself falling in love with Clay all over again.  But, will it be enough to keep her from returning to the job she loves on the other side of the state?

This book had me hooked right away.  It was packed full of excitement.  The writer did a fantastic job with the characters and the storyline.  I can’t wait to read the next installment in this series. 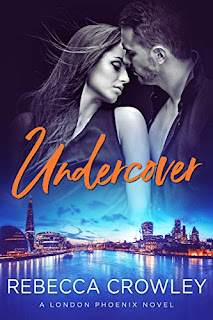 The assignment has a deadline, but does their relationship?

After almost ten years dodging bullets as a foreign correspondent, Asher Brody is struggling to find his place back in the U.K. – and in his family-run newspaper, the London Phoenix. He’s intent on proving he’s as committed as his brothers, even if it means putting on a suit and posh accent to investigate a high-ranking executive at an upscale retreat.

Ada Hunter wasted years trailing her ex-boyfriend, only for him to turn his back when her documentary career finally took off. Now she’s beating her own path, and it’s taking her all over the world. To secure funding for her next project, she takes a risky job with the Phoenix posing as broody-sexy Asher’s fake girlfriend – too good to be true.

They plan to spend a few days pretending to be a couple at a country estate before going their separate ways. But when bad weather strands them in the countryside, temptation develops into something more and the line between fantasy and reality becomes dangerously blurred.

This book started out with a bang.  Ada Hunter and Asher Brody get caught in a compromising situation and end up having to pretend they are dating or else everyone will know they just wanted a quickie behind the curtains at UK’s Journalists’ Association Awards.  Their pretend dating comes in handy when Asher goes undercover during a hunting trip where he plans to get an exclusive scoop for the Phoenix, a newspaper him and his brothers own.  During the weekend, things really heat up between Asher and Ada, but they both have different goals for the futures and they know what happens is only temporary.  Or, is it?

The differences between Asher and Ada had me flustered a few times while reading this book.  There was a lot of tension between them and I kept wanting to tell them to give in a little bit.  They were both a bit stubborn, especially Ada, who kept thinking if she got in a relationship, she would end up unhappy like her parents.  But those parts made for good reading and really built the story up to make their happily ever after even better.  This is the second book in a series, but I feel it can totally be read as a stand-alone. 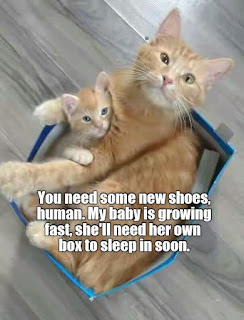 Posted by Janine at 9:23 AM No comments: 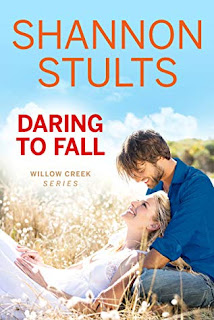 Can she forgive the past or will she sacrifice her present?

When she finds herself sole legal guardian of her teenage sister and the heir of a significant fortune, Harper Maddox drops out of medical school to move back to her small hometown of Willow Creek, Georgia. Her return brings her face to face with Russell Hart (aka Cowboy), her fiercely independent and sexy first love who broke her heart three summers ago after gaining her wary trust.

Harper is determined to protect her heart and resist Cowboy’s allure, but when she decides to remodel and reopen her parents’ B&B, she must turn to the one man she was determined to ignore for advice and assistance. Cowboy proves to be a surprising ally and friend, and it’s only a matter of weeks before she finds herself falling for him all over again. He appears reformed, but Harper still questions his ability to fall in love.

Will Harper’s fear of getting hurt outweigh a chance at true happiness?

A heartwarming and emotional story with wonderful characters.

Harper and Cowboy dated before Harper left to go to college.  But when they parted ways, it wasn’t on the best of terms.  It was a big misunderstanding that left them both heartbroken.  Harper is now back in Willow Creek to take care of her teenage sister after her grandmother passes away and it is a second chance for her and Cowboy.

I really enjoyed seeing how Harper and Cowboy were able to move forward with friendship and then fall in love again.  The mistrust was still there, so they had to work through it.  It was heartbreaking to read those parts, but when they would get together and things would be perfect, I couldn’t ask for anything more.  There are a lot of ups and downs and family drama in this book.  It flashes to the past so readers can see exactly how Harper and Cowboy’s romance was like in the past.  This is a really good book and a great second addition to the Willow Creek series.  I liked catching up with the characters from the first book too.

Posted by Janine at 3:32 PM No comments: