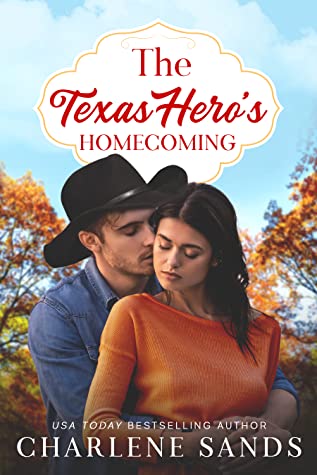 His final mission may be the most dangerous of all…to her heart.

Autumn Messina has finally put herself first and achieved her dream of becoming a teacher. She’s only sorry it’s come at the expense of having to sell the once thriving Messina Farm. Autumn loves her father and the farm, but she can’t do it all, and her brother has no plans to move back home. And then her brother’s best friend saunters back into her life even more handsome than she remembers and arrogantly full of plans and answers to questions she no longer wants to ask.

After exiting his special forces unit to return home to Last Stand, Sam Russell feels duty bound to help his best friend’s struggling family farm. He’s not expecting such fierce resistance in the form of a still-angry Autumn, who’s become even more beautiful and tempting in his years away.

Autumn doesn’t want his help, but Sam has never given up so easily. And what starts off as just doing his duty quickly becomes something much more personal.

A sweet second chance at love.

When Sam Russell returns to Last Stand and discovers Messina Farm in disrepair, he vows to help them get back on track.  He owes it to his best friend, Joe Messina, who saved his life, while serving in the army in Afghanistan.  Joe’s sister, Autumn, doesn’t want Sam around.  She doesn’t want his help.  Sam is the man who broke her heart.  Autumn just wants to sell the farm and be done with it.  But first, she wants to hold one last Messina Farms Fall Festival.  As Autumn and Sam work together, they find themselves getting close again.  Will it be enough for love?

I found myself pulled into this story pretty quick.  Sam, recently dumped by his fiance, wasn’t ready for a relationship, and Autumn just didn’t want one with Sam.  So, it was fun to see how they overcame the hurt and found their way back together.  It sure wasn’t an easy road for them.  If you love a sweet romance, country life and family, you will enjoy this book.

Review: Mile High with a Vampire (Argeneau #33) by Lynsay Sands 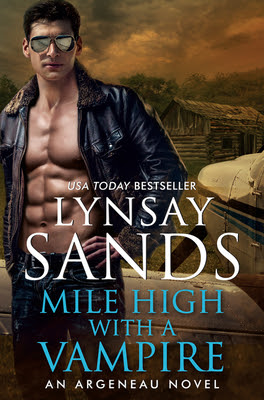 Jet Lassiter likes being a pilot for Argeneau Inc. Perks included travelling to exotic locations and meeting interesting people, even if they are the blood-sucking kind. He’s living the good life, until his plane goes down in the mountains and four of his passengers are gravely injured. They need blood to heal... and Jet is the only source.

Quinn Peters never wanted to be immortal. Once a renowned heart surgeon, she was turned against her will and now she has to drink blood to survive. Before she can ask how her “life” can get any worse, she’s in a plane crash. One of the few survivors, Quinn is desperate to get the mortal pilot to safety before her fellow immortals succumb to their blood lust and drain Jet dry.

But hungry vampires are the least of their worries—the crash wasn’t an accident, and someone is trying to kill Quinn. Will she and Jet find their happily ever after as life mates, or will her assassin find her first?

This book started off with a bang and just kept getting better.  I enjoyed seeing how Quinn and her life mate, Jet, met and united.

Quinn struggled with being immortal and was on her way from Italy to Canada for therapy when the plane she, along with a group of other immortal women, was on crashed.  After the plane crash, Quinn sprang into action to get Jet, the co-pilot of the plane, to safety before the injured, blood hungry immortals got to him and made dinner out of him.  Quinn soon learns Jet is her life mate.  She didn't know very much about being immortal, much less about life mates.  She had a lot to learn and she had to learn fast when she finds out someone from her past is out to get her.

I think this is the most exciting of the Argeneau books.  I really enjoyed it.

Thank you to Avon and Harper Voyager for the ARC, of this book, in exchange for an honest review. 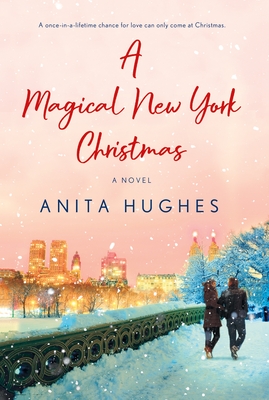 It’s Christmas week when 26-year-old Sabrina Post knocks on the door of the Vanderbilt suite at the Plaza Hotel in New York City, ready to accept the ghostwriting position for the memoir of Grayson Westcott—a famous art dealer.

A struggling journalist, Sabrina can't believe her luck: a paycheck and six nights in her own suite at the Plaza. She feels like Eloise, the heroine from her favorite children’s books. To make the job even more exciting, Grayson recounts how he worked as a butler at the Plaza sixty years ago for none other than the author of the Eloise books, Kay Thompson.

What promises to be a perfect week is complicated when Sabrina meets Ian Wentworth, a handsome British visitor, at the hotel bar. When Ian assumes Sabrina is another wealthy guest at the hotel, she doesn’t correct him —a decision she doesn’t regret after learning that Ian is a member of the British aristocracy. But, things are not what they seem. The truth is: Ian is not a wealthy lord; he’s actually the personal secretary of Lord Spencer Braxton.

As the week unfolds, will Sabrina and Ian learn the truth about one another?

Filled with the magic that can only be found at the Plaza Hotel during the holidays, and revealing facts about the author of the Eloise books, Anita Hughes's A Magical New York Christmas is both a holiday treat and a heartwarming story that reminds us that falling in love is the greatest miracle of all.

Every time I open a book by this writer, I know I will be in for a treat.  As always, I completely enjoyed being swept away in this story.

This book is actually two stories in one.  The main story is about Sabrina, who was hired as a ghost writer for Grayson, a private art dealer.  When Sabrina met Ian, the personal secretary for Lord Braxton, Sabrina assumed he was Lord Braxton, as the room was reserved in his name.  Since Sabrina was staying at the Plaza Hotel, Ian assumed she was wealthy.  Their misunderstanding could have been disastrous.  I enjoyed seeing how they worked through their little white lies.  The other story was Grayson’s, as he told it to Sabrina, so she could write his memoir.  Grayson spoke of his true love for Veronica and working as a butler for Kay Thompson, the writer or the Eloise books.  The story wrapped up with an surprise ending that I never saw coming.

If you read one Christmas book this year, make it this one.  The writing, characters, plot and setting make it a memorable story.  I can easily see this one made into a movie.

Thank you to St Martin's Press and NetGalley for the ARC of this book in exchange for an honest review.