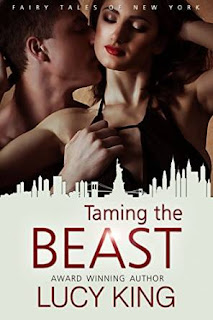 Once upon a time, Mercedes ‘Mercy’ Hernandez had the most enormous crush on her best friend’s older brother, Seb Madison. Now, though, she can’t stand the beast. Forget that he’s as spine-tinglingly gorgeous as ever. He’s a lousy brother and a manipulative bastard, not that she ever thinks about that disastrous one night stand they once had…

Still riddled with guilt over the death of his parents, billionaire loner Seb Madison has spent so long emotionally shut off that when beautiful, fiery Mercy bursts into his life again, he doesn’t know what’s hit him. All he knows is that she confuses him and he doesn’t like it.

Yet their chemistry hasn’t faded and, when hostility turns to attraction, a no-strings affair seems the logical solution. Mercy’s taking a much needed break from her family’s Argentinian vineyard to study for an MBA and Seb doesn’t do relationships. Neither have either the time or inclination for anything other than weekends-only red-hot sex. Or do they…?

Mercedes “Mercy” Hernandez has had a secret crush on her best friend’s brother for a long time.  Five years ago she visited Sebastian “Seb” Madison to talk to him about his sister Zel.  Things got a little crazy and they ended up having sex.  It was only a one night stand and they have kept it a secret since then.  But Mercy hasn’t forgotten that night.

Seb still blames himself for the tragic accident which killed his parents.  He has distanced himself from Zel and everyone else since then.  Will Mercy showing up again be the one to change his life?

When Mercy and Seb decide to have another fling, they find themselves being pulled even closer every time they see each other.  Can they keep it just casual sex or will they give in to the love that has been there all along.

This is a beautifully written love story that you shouldn’t pass up.