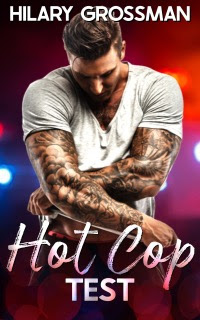 She’s spent ten years comparing every guy to the hot cop who rescued her from a fatal store shooting when she was a teenager.

When they meet again will he live up to her fantasies?

Can a hot cop make going home a bit easier?

Ten years ago, Randi was in the wrong place at the wrong time and her best friend was killed.  She fled New York after that and hasn’t been home since.  Now Randi is back to pack up and get her grandfather's house and get it ready to sell.  When Randi finds herself in the side of the road with a flat tire, who comes to her excuse, none other than Alex, the police officer who helped her after the shooting; the one she never forgot and who she compared every man to since that day.

I enjoyed this quick read.  It is actually a prequel, of sorts, to Cop an Attitude.  This book mainly focuses on Alex and Randi, but has a sneak peek from Cop an Attitude, with Pete telling his version of how he and Waverly met.  I enjoyed catching up with other characters from that book as well.

Hot Cop Test is part of the Heroes With Heat & Heart Volume 2: A Charity Anthology 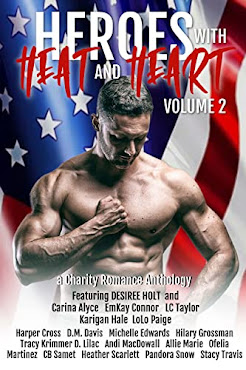 All profits from the sale of this book, benefit Grassroots Wildland Firefighters Organization.  Be sure to grab your copy and enjoy the wonderful stories while showing your support of this great organization.

Watch for a full review of all the stories in this book coming soon. 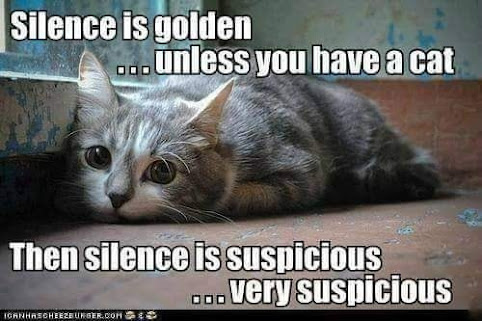 Posted by Janine at 7:01 AM No comments:

Review: Something Deadly on Desert Drive (The Accidental Detective #2) by Kris Bock 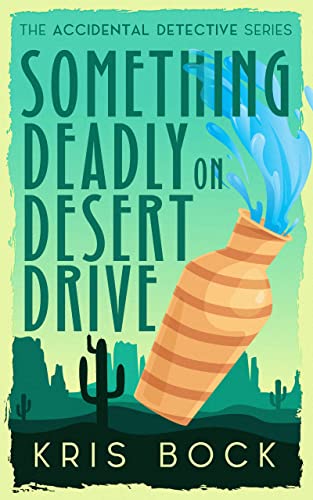 Starting over at fifty might be hard, but it shouldn’t be deadly…

Still recovering from an injury that might have permanently derailed her career as an international war correspondent, Kate Tessler is living in her childhood bedroom and pondering her second act when another case lands in her lap. Kate’s father and his coffee group are worried. Their friend Larry married a younger woman who now insists he has dementia and won’t let any of his friends visit. They’re convinced that Larry’s wife and her two adult, dead-beat kids are out to steal his money. Can Kate help?

Soon Kate and her unusual gang of sidekicks are unofficially, officially investigating. But before they can dig out the truth, a murder raises the stakes. Now they need to prove Larry is both mentally competent and not a killer. They’ll have to find the real murderer—without risking their own lives in the process.
My Review:

A fun and entertaining murder mystery.

After successfully investigating the suspicious deaths at the nursing home where her mother resides, Kate became known for newly discovered sleuthing skills.  This time, it’s one of Kate’s father’s friends who needs help solving his wife’s murder.  Everyone knows Larry is innocent, but it’s up to Kate and her team of friends and family to prove Larry’s innocence before someone else is killed or Larry goes to prison.

As with the previous book in The Accidental Detective series, I couldn’t figure out who the murderer was or their motive until I was close to the very end of the book; and even then, I wasn’t 100% sure.  It was fun reading the story and trying to figure out who the killer was this time.  I love the characters in this series and look forward to reading the next book in the series.  The author has a way of pulling you in from the very start and holding your attention until the last words are read. 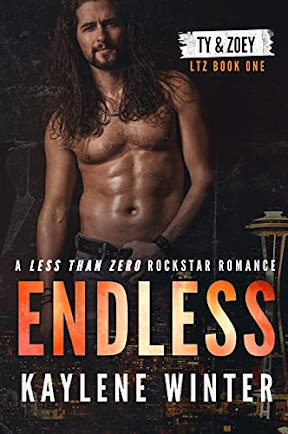 “She ripped out my heart and threw it away.”
Tyson Rainier had only one way out - leading his band Less than Zero (LTZ) to the top.
Stardom, success, touring the world – all his dreams were about to come true until Zoey Pearson gave him a new dream.
And passion beyond anything he thought possible.
Absolutely nothing could have prepared him for it to end.
Abruptly.
Definitively.
Crushingly.
His songs of heartbreak made LTZ the biggest band in the universe, as Ty does anything he can to put the life he had with Zoey behind him.

Will Ty forgive Zoey for nearly destroying him?

“I left the only man I’ll ever love.”
Beautiful bookworm Zoey Pearson’s love for music led her to Ty.
The gorgeous, sweet rocker was made for her.
When the man Ty trusted most told her to break it off, she does.
Painfully.
Regretfully.
Selflessly.
Now he’s the hottest rockstar in the world because of the songs that eviscerated her.
Ty’s fully immersed in a life of excess and debauchery.
Zoey doesn’t even recognize him as the man she loved more than anything in the world.

Will Ty’s past come back to destroy Zoey?

When circumstances throw them together eight years after breaking up, the fireworks are explosive, but their hearts are fragile.

Can Ty and Zoey prove that true love is ENDLESS?

Zoey had set goals for her life; mainly getting through college and starting a career.  Even though she loved Tyson, she was advised to set him free so he could pursue his dream of becoming a rock star.  If they stayed together, Ty might change his mind and stay behind with her.  Music was really the only way he could make a difference in his life.

Years later, when Zoey and Ty meet again, Zoey had become a lawyer and Ty had made it in the music industry.  He was part of an extremely popular rock band.  Ty could have any woman he wanted, but he wanted Zoey back, and he will do anything to make it happen.  When the reality of the lifestyle hits Zoey, she has second thoughts.  The paparazzi, news gossip and lies become too much for Zoey.  Though she loves Ty with all her heart, she might not be cut out to be the girlfriend of a rock star.  But Ty refuses to give up on their love.

I got this book free from Amazon and I honestly don’t know why I waited so long to read it.  Now I want to read all of the rest of the books in the Less Than Zero series.  This book was sweet and emotional and exciting and everything I want from a rock star romance.  I can’t wait to read more of this series.

Posted by Janine at 3:59 PM No comments: