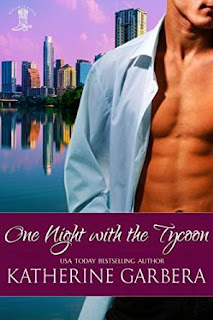 Meet the Kellys of Whiskey River, Texas, men who have always gone through life, and women, with their father’s legendary charm.

Wyatt Kelly, CEO of Kelly Boots, is rumored to do everything with his cowboy boots on, including seducing women into memorable one-night stands. Growing up the second eldest son of a philandering charmer, Wyatt’s seen first hand how messy relationships can get when the heart’s involved, and he’s determined to leave no scars. No woman’s tempted Wyatt to break his vow until he meets Juliette Rossi.

Juliette is all about business. She’s focused on turning the lavender farm she and her cousin inherited into a successful, world-wide company. Her meticulous plans are on the right track until she accepts a dare to spend the night with Wyatt after the annual Boots & Bangles Gala. Juliette’s fantasized about Wyatt for years... One night will get him out of her system for good, right?

Can she convince Wyatt that he’s more than his Kelly heritage? Will Wyatt agree that one night just isn't enough?

Will "love them and leave them" Wyatt Kelly ever settle for one woman?  Juliette Rossi wants to find out. It all started with some flirting at The Boots and Bangles Gala when Wyatt asked her to dance. The next thing she knew they were kissing. Now Juliette wants more. Much more.

Juliette has returned to Whiskey River with plans of making the lavender farm that she and her cousin inherited into a successful, world-wide company.  With the perfume knowledge and experience she has from working in Paris, she knows she can do it.

Rumor had it that Wyatt Kelly could romance any woman into bed and then have nothing else to do with them.  The next day he would be gone. He didn't want to leave a trail of broken hearts behind like his father did. Will he be able to stick with his night only rules when it comes to Juliette?

Great writing and characters make this a memorable story.
Posted by Janine at 6:59 AM