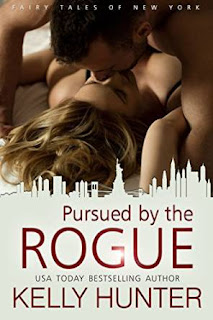 A no-strings affair between two dedicated professionals? It should have been the perfect solution.

Ugly duckling Dawn Turner doesn’t do relationships. She has her reasons and they’re good ones. But she can’t resist the magic in Finbar Sullivan’s touch, so she negotiates the next best thing with him. Scorchingly perfect, utterly casual sex.

World class musician Finnbar Sullivan always pushes the limits to get what he wants, and he wants Dawn. All of her. Love, commitment and a future together. So he reneges on the deal and composes a new one.

So what’s stopping her? And will Finn’s latest offer be enough to change Dawn’s mind?


With the possibility of having a life altering disease, Dawn Turner avoids relationships.  She refuses to get married and have her husband watch her suffer from the disease.  She also doesn't want kids because the disease is genetic.  There is a fifty-fifty chance that she may get it.

After ten years apart, Dawn gets together with her old class mates.  She keeps the possibility of having Huntington’s disease a secret from them.  She also has another secret that she has kept from everyone since she was seventeen.

Finbar Sullivan has always been attracted to Dawn.  Now that she is back in his sisters life, he doesn't want to her go.

Finn agrees with Dawn’s plan of seeing each other for sex only.  But his feelings run much deeper than that.  Dawn also has strong feelings for Finn, but she refuses to let him know.

Will Finn be able to convince Dawn that their relationship is strong and can survive anything?

This is a wonderful story about learning to let go of your fears and just go with the flow. You never know where it might lead you.
Posted by Janine at 8:11 AM