Review: The Eagle and the Flame (The Wild West Series Book 1) by Karen Kay 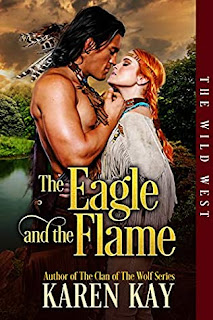 A vision foretold his tribe’s doom. Is the flame-haired beauty the trickster or his true love?

Lucinda Glenforest’s father, a general who’d fought in the Indian Wars, taught his flame-haired daughter to out-shoot even the best men the military could put up against her. When Luci’s sister is seduced and abandoned, it’s up to Luci to defend her honor in a duel. Although she wins, the humiliated captain and his powerful family vow vengeance. The sisters’ only hope is to flee and hide until their father returns from his overseas mission. Out of money, Luci hatches a plan to disguise herself as a boy and use her sharpshooting skills in Buffalo Bill’s Wild West Show.
The chief of the Assiniboine tribe has a terrifying vision, that someone called the deceiver, or trickster, spells doom for the children of his tribe. He enlists Charles Wind Eagle to join Buffalo Bill’s Wild West Show, in hopes of appealing to the President of the United States for help, and to find and stop the deceiver. When Wind Eagle is paired with a girl whom he knows is disguised as a boy, he believes she might be the deceiver. Still, she stirs his heart in ways he must resist, for he has a secret that can never be told, nor ignored. And Luci can never forget that her father would destroy Wind Eagle if she were to fall in love with him.
Forced to work together, they can’t deny their growing attraction. Will Luci and Wind Eagle find a way through the lies to find true love? Or will they be consumed by the passion of deception and slander?

A richly entertaining and informational romantic story between Wind Eagle, of the Assiniboine tribe, and Luci Glenforest, a sharpshooter daughter of an Army general, after they are paired together in Buffalo Bill’s Wild West Show.  Both, Wind Eagle and Luci were there for reasons of their own which they didn’t want anyone else to know.  Working together, they can’t deny the growing attraction they have for each other.  But is it enough for a lasting love or will their lies ruin everything?

I enjoyed this book quite a bit.  The author did a great job with the backgrounds of the characters and kept the story flowing from page to page.  The detailed descriptions made the book visually stimulating as well.   I look forward to reading more from this author.

I was given an ARC of this book in exchange for an honest review.

Posted by Janine at 4:47 PM No comments:

Review: Between Love and Honor (Men of the Secret Service #3) by Tracy Solheim 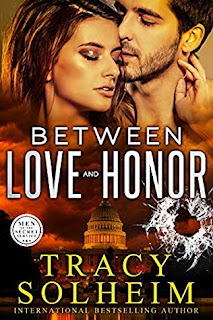 Will their double lives deceive their hearts?

The Secret Service’s number one cyber asset, Special Agent Ben Segar, has a reputation for playing it straight... until a top-secret assignment has him cozying up to an enigmatic beauty from his past – his runaway prom date. Now, he’s willing to break a few rules to even the score, including unmasking a potential traitor, which would make his revenge even sweeter.

Photographer Quinn Darby was born into the spy game. When her life is threatened, she turns to the one man she knows she can trust, but Ben is no longer the mild-mannered lab partner she once loved. Instead, he’s a full-grown, alpha-man whose appeal is even more irresistible. She’s vowed to never again deceive him, but to protect him, she must keep her double life a secret.

Soon, Quinn and Ben are embroiled in a cat-and-mouse game with the enemy – and each other. As the case intensifies, so does the heat between them. Will the greatest casualties be their hearts?

Secrets, lies, romance and suspense made this a hard book to put down.

When Secret Service agent Ben Segar is reunited with the girl who broke his heart in high school, Quinn Darby, he had no idea she was now a British Intelligence agent and they were both looking for the same thing, a micro card containing a list of agents who worked for the Phoenix, a legendary spymaster.

Ben and Quinn end up working together, but there is still a lot of mistrust and unresolved feelings between them making their job a little more challenging.  It was fun to see them work together against the bad guys, but it was also fun seeing how they learned to love and trust again.

The author did a great job creating characters that I wanted to know more about and an entertaining story that had a lot of twists and turns making it hard to figure out how it would end.  I like unpredictability in this genre and this book didn’t disappoint.  Even though it is part of a series, I feel it can be read as a stand-alone.

Review: The Break Up 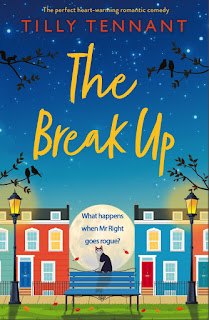 Lara and Theo are meant to be. They just don’t know it yet…

Lara loves her job as a wedding planner. She gets to organise other people’s perfect days and make sure nothing ever goes wrong.

Theo loves his job as a jazz musician, working unpredictable hours and giving other people great nights out.

Lara knows she’s got high standards. But there’s nothing wrong with getting things right… so why has it stopped her finding Mr Right?

Theo knows people think he’s a bit scruffy, a bit too laid back. But there’s nothing wrong with setting your own pace… if only he could find someone who wanted to live life at his speed.

What they don’t know is that it’s the same cat.

And when they find out – standing in the street in their pyjamas, both on the hunt for their lost pet – sparks of the wrong sort will fly…

This book started out on a sad note when Lara finds out her boyfriend, Lucien, was cheating on her with her best friend.  But the book quickly turned around to a lot of positive changes took place in Lara’s life.

Lucien always put Lara down when she spoke of her dream career, so after the breakup, Lara decided to start her own business as a wedding planner.  On the night of the breakup, a stray cat started coming by Lara’s house.  Lara named the cat Fluffy.  But it turned out Fluffy was a neighborhood cat and Theo, a jazz musician who lived in Lara’s neighborhood, also claimed Fluffy as his cat, only naming him Satchmo.   The night Lara and Theo met, when Lara was looking for Fluffy/Satchmo, wasn’t a good first impression.  In fact, they ended up disliking each other immediately.   But as Lara and Theo found themselves working at the same weddings, they eventually began a friendship that soon grew into romance.  Because Fluffy/Satchmo was the one who brought Lara and Theo together, he remained the center of attention and was an important part of the story.

This was a fun book to read, but it could be very emotional in parts.  I liked the author’s writing style.  She created believable characters with real life struggles and an interesting storyline.  I admired Lara’s strength and how she handled the breakup and moved on to live her dream.  I also enjoyed the relationship between Lara and Theo, through their ups and downs and misunderstandings, that eventually led to a happy ending.  This book is a good one for anyone who loves romance and cats.

Thank you to Bookouture and NetGalley for the ARC of this book in exchange for an honest review.