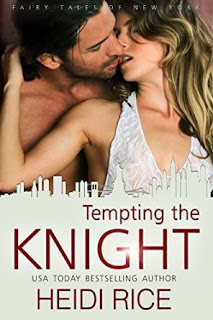 Once upon a time, poor little rich girl Zelda Madison wanted someone to love her, until she discovered being a badass was much more fun.

Ten years after getting kicked out of convent school and torn away from her three best friends, Zelda has worked hard to clean up her act, but her wild streak has never been completely tamed and — one midnight swim on Manhattan Beach later — she’s suddenly in urgent need of a knight in shining armor…

Hard-working legal aid attorney Tyrone Sullivan is the last guy she should call. Not only does he hold a grudge when it comes to Zelda leading his little sister astray all those years ago, he’s also supremely pissed about having to rescue a runaway supermodel from a Brooklyn police station at two am. But when Ty reluctantly agrees to bust Zel out of her ivory tower and let her hide out on his house barge for a few days, she shows him the wild side he didn’t know he had.


They were meant to be together and didn’t even realize it.

Tyrone Sullivan always held Zelda Madison responsible for his sister Dawn getting in trouble in school.

Ten years later.
When Zelda needs help in the middle of the night, Tyrone is the one she calls.  Ty is now a lawyer and she knows he might be able to help her if he can just get past how he feels about her.  When Zel calls, Ty couldn’t turn her down.  What is he to do with the diva model when she stays with him for a few days?  Will they be able to work through their differences?

Sparks fly between Zel and Ty in this story.
Posted by Janine at 7:35 AM