Review: Tortitude: The BIG Book of Cats with a BIG Attitude by Ingrid King 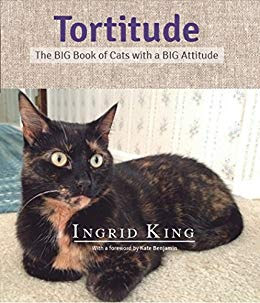 Tortie cat behavior: With about 2 million tortoiseshell cats in the United States, these special felines tend to be strong-willed, a bit hot-tempered, and often very possessive of their humans. Other words used to describe torties are fiercely independent, feisty and unpredictable. In Tortitude: The BIG Book About Cats With a BIG Attitude, cat expert Ingrid King (The Conscious Cat) brings her professional and personal experience to explore why these cats are so special. With expert insights combined with stunning photography and passages dedicated to the cats and their passionate guardians, King offers a new perspective on these exceptional cats.

I have been a follower of The Conscious Cat Blog for years.  The cat tips, advice and product reviews are always very helpful.  I also enjoy hearing about Ruby and Allegra's antics.  I was also first introduced to the term "tortitude" through the blog.

I had a slight idea what tortitude was, but I found out first hand when I adopted my new little girl Honolulu "Lulu".  When I was presented with a chance to read this book, I got really excited.  It was much more than I expected.  The book is filled with lots of beautiful cat photos, quotes and lots of interesting information about tortoiseshell cats.

This book is a must read for anyone who has ever been loved by one these special cats with their unique personalities.

Purchase: Tortitude: The BIG Book of Cats with a BIG Attitude by Ingrid King 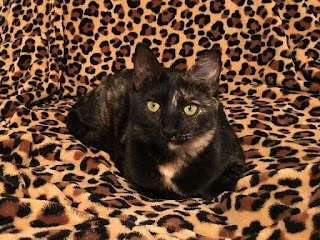 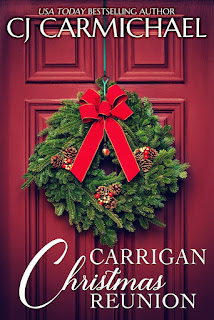 Wren’s most perfect Christmas ever is turning into a nightmare. The Carrigan family is in chaos with various medical issues, no one has put up the tree or done any Christmas baking. The only bright spot is Harris Quinby, a ranch hand at the Circle C, who manages to be there for Wren every time her family lets her down.

Harris Quinby has never forgotten the summer Wren spent on her grandfather’s ranch when she was fourteen and he was sixteen. She’d changed his life that month, and now he finally has the chance to thank her…but what if he falls in love with her instead?

All Wren Bishop wanted was to go home and spend time with her family.  She thought this would be the best Christmas ever.  It turned out to be anything but that.  Her family was plagued by illnesses and stress.  And, her Boyfriend decides not to join her as they had planned.  But, Wren did reunite with her old friend Harris Quinby, who still works at the ranch.   Wren had a huge crush on Harris when she was only 14.  He gave Wren her first kiss.  But Harris knew Wren was too young for him and backed away.  Neither of them had seen each other since then.  Now that they are both grown up, they just might have a chance at love.

This book is a short story, but it is packed with so much information, you would think it was a full length book.  Some authors just can’t get it right when they do short stories.  Information can be missing or the story feels rushed.  But, CJ Carmichael gets this right.  She didn’t miss anything.  I fully enjoyed the story and reuniting with some of my favorite characters from past books.  This is a hard book to review without giving away too many details, so I will keep it short.  All I have to say is if you have read any of the books in the Carrigans of Circle C or saw the Hallmark Channel’s version of A Bramble House Christmas, you’ll want to read this book.

Carrigan Christmas Reunion is currently only available in e-book through Tule Publishing. 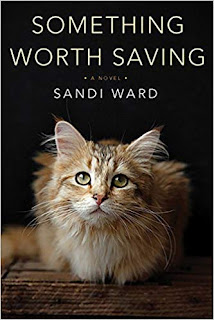 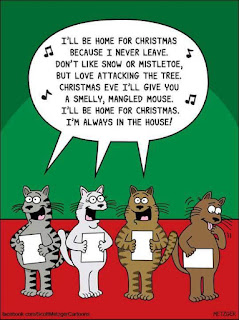 Posted by Janine at 7:01 AM No comments:

Review: Not Christmas Without You (Love on Chance Avenue Book 4) by Jane Porter 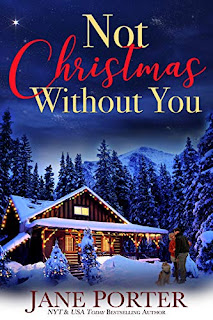 She's swearing off men, but the rules don't apply to him.

Charity Wright has a history of picking the wrong guys and has decided to swear off men for the month of December – no dates, no kisses, no holiday romance. Great idea, in theory, until she meets the man that could be her Mr. Right: Marietta native and professional baseball player Quinn.

Just out of a long-term relationship, Quinn Douglas isn’t looking for love at the Little Teton Resort, and he certainly isn’t interested in a girl from home. But now that he's met Charity, he can't get her out of his mind. Charity even has him re-thinking his career and life on the road. Is Charity the missing piece he's been looking for?

A beautifully written romance that I won’t soon forget.

When Charity Wright went to Little Teton Resort in Wyoming, in her friend’s place, she had no idea she would meet the man she was destined to be with.  Charity‘s last relationship ended badly and she had given up on men.  She was only looking for someone to talk to while she was at the resort.

Quinn Douglas was at Little Teton Resort to see if it was worth investing in.  He used a different name and profession because he didn’t want everyone to know he was a popular baseball player with the Seattle Mariners.

When Charity and Quinn met, under assumed names, they formed an instant friendship where they shared a lot of personal things with each other.  In the end, they shared an unforgettable kiss.  When the weekend was over, Charity headed back to Marietta without saying goodbye to Quinn.  Charity told Quinn that she lived in Marietta during one of their talks, so he went there looking for her.  Quinn also grew up in Marietta, but didn’t know Charity.  The shock came when they met again and Charity found out who Quinn really was and Quinn found out Charity used her friend Tricia’s name while at the resort.  Charity and Quinn were total opposites. Charity grew up in a struggling family with an alcoholic father.  Quinn was popular and loved by everyone in town.  But, Quinn didn’t care about Charity’s past or upbringing.  He had fallen for her and he was willing to do anything to win her over.  He just needed to convince her that she was worthy of his love and attention.

This book is hard for me to review without giving away too many details.  But I can say, my heart went out to Charity with everything she had gone through and how she was afraid to fall in love with Quinn.  Quinn’s tragic past is something that was visited in previous Marietta books, but it is told again in this story.  Even though this is fiction, I still couldn’t help thinking how a person would overcome what he went through.  This book is easy to read and follow and not a detail was missed.  I felt I knew the characters well and enjoyed seeing them get their happily ever after.  This book is the perfect addition to the other Marietta books and a wonderful, feel good Christmas story.

My favorite quote:
“Because you make me happy.  Being with you makes me happy.  And as we both know, life can be hard, and there are no guarantees, so we have to make the most of every single day we’re given.”