Ever After by Rachel Cross Review 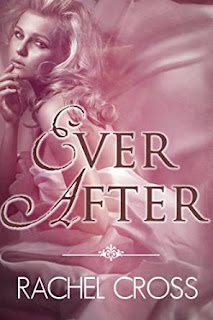 The Beauty Queen…
Once upon a time, a teen beauty queen from Texas gave up her golden crown and her controlling family and married her one true love. Her family disowned her, her husband died and she was left to raise their twin girls alone.

Years later Rebecca married for security and companionship but chose poorly and ended up with a fraud, a cheat and a liar. He died leaving her with nothing but a beautiful stepdaughter, boatloads of debt, a tarnished reputation and a vow never to remarry.

The Prince…
Once upon a time, across the Atlantic, there lived a young prince. His life was anything but charmed. His mother died tragically and his older brothers could do no wrong – in school, in life or in love.

David was not just a member of worlds most well known royal family – he was its most infamous and popular son. But serving his country in wartime changed the prince. Soon he longed for more than endless parties with models on yachts in the Mediterranean. In his last days as a soldier and pilot he was sent on a junket to California.

It was there he met the woman who could change everything …

What started out as a business meeting, realtor Rebecca Tremaine was all set to show a house to her client.  Little did she know it would turn into something much more than an average showing.

David King was a really a prince but didn’t want anyone to know.  When he met with Rebecca to see the house he would be staying in, he felt instant attraction.  When her car wouldn't start as she was leaving,  he decided to help her out. He also helped her right back into the house and into a bedroom.

Widowed by her husband who was a cheat and stole from people, Rebecca doesn't want anything serious. A fling would be perfect for her   Then she finds out who David really is......

This novella was fun to read.  Sometimes when a book is this short it can seem rushed and important elements can be left out. That is not the case here.
Posted by Janine at 9:20 AM