Posted by Janine at 7:46 AM No comments: 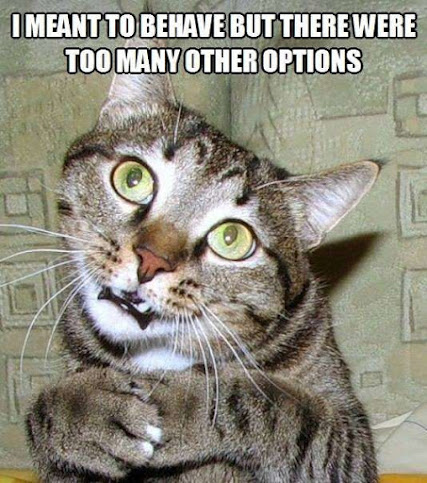 Posted by Janine at 7:19 AM No comments: 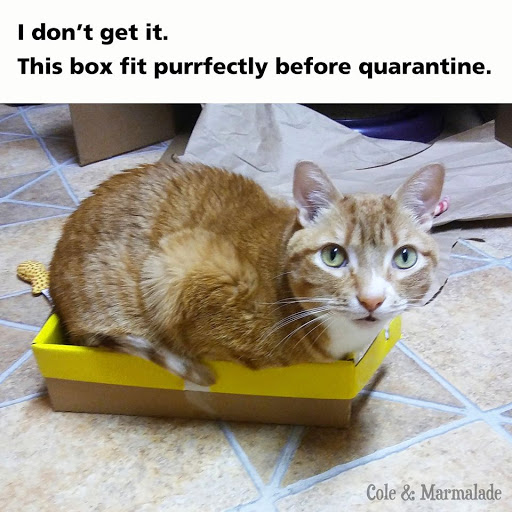 Posted by Janine at 7:55 AM No comments:

Review: The Talk Around Town (With Love, From Kurrajong Crossing, #2) by Dakota Harrison 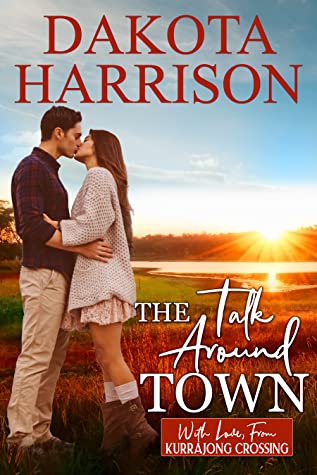 Moving to this small town might just be a huge mistake.

City girl Emma Johnson moves to Kurrajong Crossing determined to escape her troubled past and forge a bright future filled with new friendships, experiences, and even a pet cow. When the town starts a bet to see which of the many eligible bachelors around town will take her out first, she plays along. They’ll figure out soon enough that she isn’t interested in romance or relationships. Not now, not ever.

Country vet and cattleman Gabe Jameson knows the gossip surrounding pretty newcomer Emma will taper off eventually. In the meantime, he’s willing to lend a hand and help with emergency repairs to her rickety old house. It’s not as if it’s a date, or that he wants it to turn into something more. Pretty women are trouble, and Emma is stunning. Besides, he’s sworn off love forever.

It seems they might have something in common after all…

All Emma wanted to do was restart her life where no one knew her.  The last thing she wanted was to date again.  She didn’t want or need a man in her life.  Men caused emotions that Emma wasn’t sure she ever wanted to deal with again.

Gabe is a beloved veterinarian in the small town of Kurrajong Crossing, where Emma has decided to relocate.  Gabe also has a painful past that keeps him from dating.  But when Gabe meets Emma, he can’t seem to get her out of his mind.  When Emma and Gabe finally decide to date, the odds seem to be against them.  But with a little trust and patience, they find happiness again.

This is a sweet story about starting over and learning to trust in love again.  Gabe and Emma’s stories deeply touched me.  With the situations they went through, I can see why they were afraid to fall in love again.  I enjoyed the family and friendship aspects in the story along with a cute little calf that seemed to steal a few scenes and make me laugh. Welcome back to Willoughby Close, with four new residents and happy endings to deliver…

Emily David didn’t want to move to Willoughby Close. She was perfectly content in London, but when her boss, Henry Trent, asks her to relocate, she’s left with little choice. Emily prefers living on her own and finds comfort in her routines. But the well-meaning residents of Wychwood-on-Lea are determined to include her in their friendly circle—a prospect Emily finds utterly alarming.

When sparks fly with local pub owner Owen Jones, Emily’s safe and fragile world threatens to shatter. She has too many secrets to keep, and Owen’s gentle understanding could be her undoing. But as Owen persists, Emily’s heart softens, and she begins to discover the wonder of trusting friends—and falling in love. That is, until she discovers Owen has a secret of his own…

Can Willoughby Close work its charm and magic once more? And can someone who has been determined to stay lonely find—and trust—love right on her doorstep?

As an introvert with a secretive past, Emily enjoyed living in London, where no one paid her any attention and she was basically invisible in a crowd.  But when her boss asks her to move to Willoughby Close, in the town of Wychwood-on-Lea, to help his start a charitable foundation, Emily couldn’t say no.  Emily’s biggest fear was living in a small town where people would want to get to know.  She was afraid what people would think of her if they knew the truth about her past.  And that is exactly what happened.  In the end, it brought Emily out of her shell.  She made friends and even started a romantic relationship with Owen, the local pub owner.   Emily had finally fallen in love for the first time in her life.  But will love be enough when Emily’s past come back to haunt her and Owen hits rock bottom and shuts out everyone who cares about him?

This was an inspiring story.  It goes to show everyone has a past and things they regret or hide.  It made me happy to finally see Emily and Owen open up about theirs so they could help each other.  I have read all of the Willoughby Close books and enjoyed this one just as much.  It is a stand-alone story so you don’t have to read the other books in the series.  But once you read one, you’ll want to read them all.  The setting is a small English town and the characters are all interesting and inspiring. 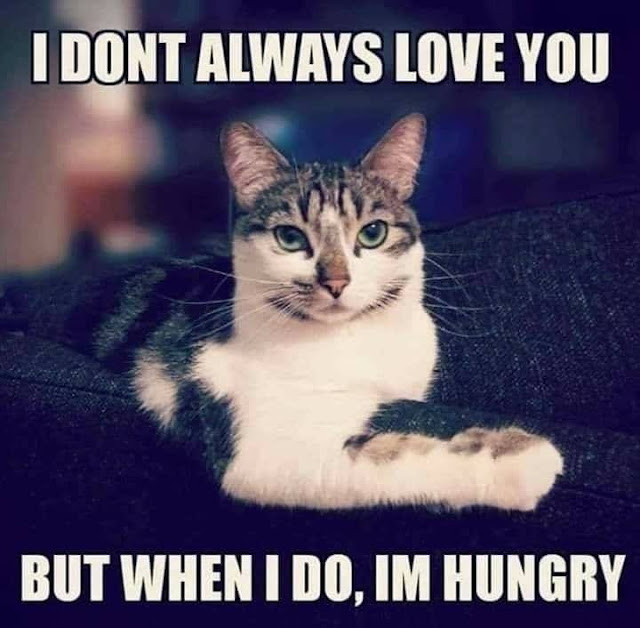 Posted by Janine at 7:30 AM No comments:

Review: A Little Bit of Grace by Phoebe Fox 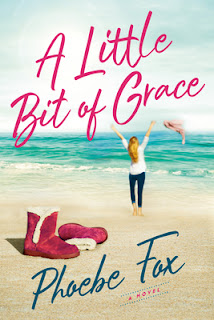 A heartfelt story about family, forgiveness, and starting over when the happy ending ends, and handling it all with a little bit of grace.

Family is everything--Grace Adams McHale's mom must have said it to her a thousand times before she died. Before Grace's dad ran off with an aspiring actress half his age. Before only-child Grace found out she was unable to have children of her own. Before Brian--her childhood best friend, business partner, and finally her husband--dropped a "bombshell" on her in the form of her stunning new replacement.

Until she receives a letter from a woman claiming to be a relative Grace never knew she had, sending her on a journey from the childhood home she had to move back into, to a Florida island to meet a total stranger who embraces her as family. There, Grace starts to uncover answers about the eccentric woman her family never mentioned: an octogenarian who is the keeper of a secret held for more than fifty years.

A delightful read with characters you will wish were your own family.

Predictable Grace McAdams’ world stopped the day Brian, her best friend/business partner/ex-husband, showed up at her house with his former college girlfriend saying she was moving in with him and dropping the bomb about her being pregnant.  Grace was still in love with Brian and did not take the news well.  Let’s just say Grace lost it.  Brian saw a side of her that he had never seen.

Grace’s life gets a pick up when she finds out she has a great aunt who lives in Cypress Key, Florida, and she goes to meet her.  Grace is hoping the much needed vacation and a change of scenery will help her get her life back on track.  Grace also wanted to find out why her family kept Millie a secret.  When Grave finds out the truth, it only brings the two women even closer.  Spending time with Millie teaches Grace to live life to its fullest and to be a strong positive woman.  But when Grace meets Jason and gets to know him, he just might be the one who changes Grace’s world for good.

I was not ready for this book to end.  The characters really grew on me and I was always anxious to see what Grace and Millie would end up doing next.  Some of my favorite scenes were the wedding, shopping and makeover session.  The entire book was easy to read and visualize each scene.  I think we can all use an Aunt Millie in our lives to help us learn to live again.

Purchase A Little Bit of Grace on Amazon

Author Phoebe Fox has been a contributor and regular columnist for a number of national, regional, and local publications, including the Huffington Post, Elite Daily, and She Knows. A former actor on stage and screen, Phoebe has been suspended from wires as a mall fairy; was accidentally concussed by a blank gun; and hosted a short-lived game show. She has been a relationship columnist; a movie, theater, and book reviewer; and a radio personality, and is a close observer of relationships in the wild. She currently lives in Austin, Texas, with her husband and two excellent dogs. 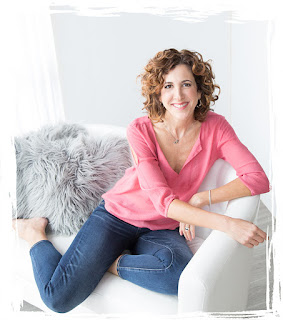