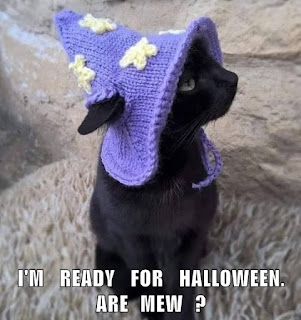 Posted by Janine at 8:19 AM No comments: Jim "Lucky" Elliott is the country boy next door – charismatic, handsome and charming. But when he has to drop out of vet school to try and rescue his grandparents’ Marietta-based sleigh ride business and family farm, Lucky faces his hardest struggle yet.

Podcaster Rachel O'Rourke is done with broken hearts, but she can still find joy in other people's happily-ever-afters. When she holds a contest on her show for the best first kiss story, her bruised heart beats a little faster when she reads Lucky's submission. He doesn't have a story, but his grandparents do, and free advertising for the winner is just what he's looking for.

As they start spending time on the farm, Rachel finds herself not only drawn to the sweet setting, but also to the man. But when a real estate developer sets his sights on the Elliott land, Lucky will have to decide if the money means security for his family, or if he'll fight for Sleigh Bell with Rachel by his side.

Lucky Elliott always did what everyone expected of him, even going to school to become a veterinarian like his father.  But Lucky’s dream wasn’t to be a veterinarian, he wanted to open an animal sanctuary at his grandparents’ farm, Sleigh Bell Farm.  They had already been taking in unwanted horses and donkeys for years.  But the farm was starting to lose money and when Lucky was looking for a way to save it, he came across an ad for a contest with the prize of a month of free advertisement.  All he had to do was get his grandparents to tell the story of their first kiss, which everyone knew was amazing.  Lucky knew advertising could help keep the farm running a bit longer.  But what Lucky didn’t expect was to fall for the girl who ran the podcast where the contest was being held.

Rachel O’Rourke’s podcast was just starting to take off and she was excited about her “First Kiss” contest.  She had no idea her contest would lead her to love and a family that would welcome her with their arms wide open.  The only problem was, Rachel was afraid to fall in love.  She was afraid of getting hurt.  As Rachel spends time with Lucky, she learns to trust him, but the future is still unclear.  Lucky could still be leaving town any time.  But at Christmas time, the most wonderful time of the year, anything can happen.

This is one of those sweet stories that you wish would never end.  I think Rachel and Lucky really complimented and brought out the best of each other.  I enjoyed learning about Lucky’s grandparents too.  They could have a book of their own.  And then there were the animals.  Animals always make a book special to me.  The donkeys, Betsy and Dave, stole a few scenes as did Rachel’s cat Lucille Ball.  This book is perfect for anyone looking for a feel-good holiday romance. 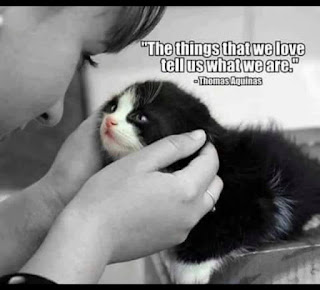 Posted by Janine at 7:30 AM No comments: 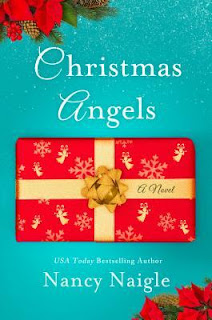 Growing up, Liz Westmoreland dreamed of taking over her grandparents inn located in the small mountain town of Antler Creek only for it to be sold before she ever got the chance. While browsing the internet, she stumbles upon a listing for what looks to be the picturesque inn and it’s set to go to auction. Liz places a bid, and by a miracle, wins the auction. But when she gets there she finds the property in significant disrepair.

When Matt Hardy narrowly lost the inn and property that butted his land, he just hoped it wasn't another city slicker coming to make matters worse after the previous owners gutted the place for an art gallery. But the minute he recognized the sweet, freckle-faced girl from his childhood and heard her plans to reopen the inn, he jumps at the chance to help his childhood crush restore a place where he made so many fond memories.

While working on repairs, Liz and Matt discover her grandmother’s collection of angels in one of the cabins. When the angels start mysteriously showing up all over the inn, she begins to look at them as reassurance―that restoring the inn is what she's meant to do. But when an accident leaves Liz feeling like she made a mistake, will Matt―and the residents of Antler Creek―be able to show Liz that she's found a home? And possibly true love as well?

How could anyone not believe in Christmas magic while reading this book?

Liz always wanted to run her grandparents’ inn and she finally gets a chance when she finds it up for auction.  But it needs a lot of work and she can’t do it alone.  She gets help from her childhood friend Matt, who also wanted the inn.  Matt has a crush on Liz when they were younger and is more than happy to help her out.  While working together, they also find themselves falling in love.

This magical tale played through my mind as I was reading it, like a Hallmark channel movie.  Beautifully told, mesmerizing and an all-around, feel good Christmas story.

Thank you to St Martin’s Press and NetGalley for the ARC of this book.

Posted by Janine at 8:13 AM No comments: 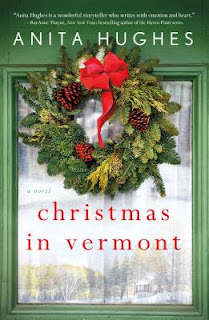 A sweet holiday love story about the magic of synchronicity and fate set at a quaint Vermont inn during the week after Christmas.

Emma can’t believe her luck when she finds an open pawn shop on Christmas Eve in Manhattan. She’s there to sell the beautiful bracelet her ex-boyfriend gave her when a familiar looking watch catches her eye. It’s the same engraved watch she gave her college boyfriend, Fletcher, years ago. On a whim, she trades the bracelet for the watch and wonders at the timing.

Practical Emma thinks it’s just a coincidence, but her best friend Bronwyn believes it’s the magic of synchronicity that caused Emma to find the watch. Fletcher was the one that got away, and somehow Emma never quite moved on.

When Bronwyn finds out that Fletcher is in snowy Vermont at a romantic inn for the week, she can’t help but give synchronicity a push. She signs Emma up to help the inn keeper as the children’s activity coordinator. Emma agrees that a week filled with quaint shops and maple syrup would do her good… and maybe Fate really does have a Christmas gift in store for her. That is until she sees Fletcher with his daughter and fiancée.

Suddenly, the fairytale trip seems doomed to fail… much like the innkeeper’s dwindling cashflow. It will take a miracle to save her heart and the inn. And that just might be what Fate has in mind.

Christmas in Vermont is a delightful and charming love story about the magic of second chances during the most festive time of year.

An enchanting second chance tale set to the beautiful backdrop of Vermont at Christmas time.

Synchronicity plays a big part in this book.  It all starts when Emma breaks up with her fiancé and goes into a jewelry store to sell the bracelet that he had given to her for Christmas.  Then she comes across a watch that she had given to Fletcher, her college boyfriend from twelve years ago.  Emma’s best friend, Bronwyn, is the one who believes in synchronicity and sets the ball in motion for Emma and Fletcher to meet again.  But they had a few hurdles to tackle before they could get their happily ever after.

This book had all the elements of a memorable Christmas story.  It was visually stimulating with all the details of the little Vermont town it was set in and characters that I just couldn’t get enough of.  I especially liked Lola, Fletcher’s daughter.  She was well above her years in the way she thought and did things.  I would definitely recommend this book to anyone who loves holiday romance and women’s fiction.

Thank you to St Martin’s Press and NetGalley for the ARC of this book.
Posted by Janine at 4:30 AM No comments: