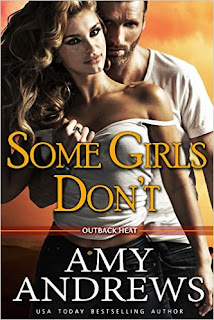 Local television reporter Selena Durrum is in Jumbuck Springs for three days. Get in, see her grandmother, give her speech, and get out. Her career is about to hit big and she can’t afford any distractions. Especially not her childhood sweetheart…

Jarrod Weston, rural firefighter, isn’t worried about seeing the woman who’d done a midnight runner on him fifteen years earlier. It was a long time ago and he’s moved on with his life… right?

But neither of them were ready for their still potent attraction and the heavy pull of unfinished business. But then Selena gets offered the opportunity of a lifetime and once again has to choose between love and career… Will she go with her heart, or her head?


Fifteen years ago, Selena Durrum left Jumbuck Springs without saying a word to her boyfriend Jarrod Weston.  All those years Jarrod wondered what happened to make Selena run without saying goodbye.

Selena's career as a news reporter made her a celebrity in her town.  She has returned to Jumbuck Springs as a guest speaker at a dinner.  But she also has unfinished business with Jarrod that she needs to tend to before she leaves again.

Four weeks later, a massive bushfire breaks out and Selena returns to cover the story.  Her biggest concern is that Jarrod is safe while fighting the fires.  Afterwards, Selena ends up spending more time with Jarrod when he confesses he still loves her.  Will Jarrod’s love be enough to hold on to Selena when she is offered her dream job as an anchor at the news desk?

This story was a roller coaster ride of emotions.  Although you know they will end up together, it was still a good story with all that Selena and Jarrod go through to be together.  True love really can be reunited.
Posted by Janine at 5:22 PM