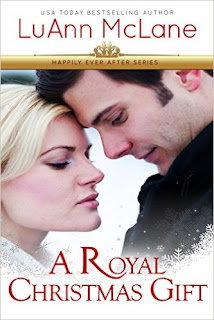 Prince Royal Nicholas Worthington is devastated when he learns that his monarchy is being used as a tax haven for the wealthy and drug runners. To protect his people, he flees to Alabama and poses as Nick Worth, an inspector for the National Historical Society.

Anna Lee is floored when Nick Worth shows up on her doorstep to give her grant money to restore her home. She’s charmed by the handsome inspector with his European accent and takes him up on his offer. The two week restoration project turns into something much more, but Nick fears that his presence could put his southern beauty in danger.

Prince Royal Nicholas Worthington of Calloway Island needs a place to hide.  His life is in danger from international drug lords who have been using the island banks to launder their money.  The FBI agent he is working with has found the perfect place for Nicholas to hide while he works on making Calloway Island a US territory. First, he needs to go to Daleville Alabama to see if he will be comfortable staying in the home that has been chosen for him.

Anna Lee Brody didn't realize the struggle it would be renovating her grandparents historic home into a B&B.  Her finances are dwindling along with her energy.  The work is physically and mentally exhausting.  When a high ranking member of the National Historical Society, Nick Worth, shows up at Anna Lee's door, she is surprised to hear about the grant she will be getting to fix up the house.  The timing couldn't have been better.

Posing as Nick Worth seems to be a bit more difficult than Nicholas thought it would be.  How long will he be able to keep the real reason why he is staying with Anna Lee a secret?

When Anna Lee returns home from visiting her sister one day and finds Nick has left, her heart breaks. The first guy she really felt a connection to is gone without a word.  All he left was a Christmas gift and note saying he would return.  But when will that be?

This is a quick read and a very sweet story.  The writing was really good and the characters well written.  But the book ends without warning.  I thought the story could have been wrapped up with just another chapter.  There is a preview for the next book and it explains a little bit.  I can't wait to get that book in my hands to find out the conclusion to Prince Nicholas and Anna Lee's story.
Posted by Janine at 8:22 AM