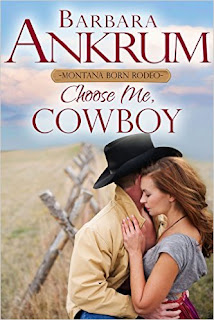 Marietta Kindergarten teacher, Kate Canaday, is doing perfectly well without the ex-love of her life mucking up her intention to stay gloriously uncommitted. So what if she’s become—according to her sisters—a serial dater? If pro-bullrider Finn Scott's untimely defection six years ago taught her anything, it was that men come with an expiration date. And she’s more than happy to oblige them.

Trouble is, the sexier-than-ever Finn, now a devoted single father, has just moved to Marietta with his adorable five-year-old twins. He’s in an unexpected custody battle with his ex and too proud to ask Kate for help in making his crazy life look stable. But Kate sees helping him as a way of sealing off the hurt from her past once and for all. If they can just keep their hands off each other. After all…expiration date, right?

Not if Finn has anything to say about it...


Would you marry an old boyfriend to help him out of a jam?
That's exactly what Kate Canaday does.

When Kate discovers her former love, Finn Scott, is living in Marietta, she just wants to avoid him.  But it becomes impossible when his little boy gets hurts in the school yard where Kate works.  Kate and Finn share a lot of memories.  Most are good, but the one Kate would rather forget is when Finn broke up with her because he got another woman pregnant.  Ever since that day, Kate dates a lot of men and falls for them pretty quick, but she always dumps them soon after.

Finn is presently divorced and raising his twins on his own.  One day he is served papers to appear in court.  His ex-wife wants custody of the children and plans on leaving the country.  When Finn finds out the judge values families, Finn fears he will lose his kids.  He needs to find a wife to create that picture perfect family so the judge will let him keep his kids.  Kate decides to be Finn’s stand in wife until after the court date.  Will Kate and Finn be able to pull this off?  Or will Kate quickly end the relationship like she is known to do?

This heartfelt story is proof that second chances can happen if you work hard enough for them.  A definite must read book.
Posted by Janine at 9:07 AM