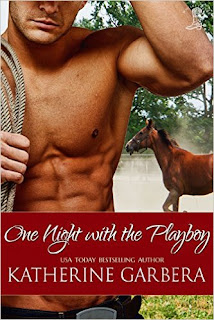 Barrel rider Reba Duvall has been crushing on Nick Blue since the moment they met, but she kicked him to the friend zone to keep her heart from being bruised and battered by the charmer... until they turn to each other for comfort when their best friend dies. Reba knows it’s for one night only, but still, it hurts to wake up alone. But it turns out a memory is not all Nick left her with...

Nick Blue never guessed his father was one of the richest men in Texas. Or that he’d have to live in Whiskey River with two unknown brothers for a year to inherit his share of the family property. But hey, stranger things have happened, such as bumping into his friend and one time lover in that same town... the one he hasn't been able to stop thinking about all this time. But running into Nick is not an accident. Reba has a plan. She wants baby Martina to know her father.

Reba may not know what she wants from Nick, but it sure isn’t a half-assed marriage proposal and sharing a luxurious bedroom at Kelly Ranch. She plans to keep things platonic. Can Nick convince her she needs more than one night with the playboy?

One year ago PBR champ Nicholas Blue watched his friend Marty die when he was bucked off a bull during a rodeo.  In an attempt to escape the memory of the incident, he found his way into the arms of Reba Duvall, a barrel rider.  Little did Nicholas know, when he left Reba that night, she would be pregnant.

Reba has tracked Nicholas down in Whiskey River Texas.  She has come to tell Nicholas that he has a daughter.  She tried hard to get over Nicholas.  She tried telling herself that she didn't love him anymore.  But she had to do the right thing for their daughter.  Martina deserved to know her father.

Nicholas didn't know his father when he was growing up.  He didn't want Martina to grow up like that too.  He insists Reba and Martina move into Kelley Ranch.  Reba reluctantly agrees.

He had a daughter and he wanted Reba to be his wife.  He wanted the family that he’d never had and had always craved.  Will Nicholas be able to convince Reba that they can be good together as a couple?

Great writing and characters made this a memorable story.  As far as I know, this is the end of the series.  I couldn’t have thought of a better way to wrap it up.