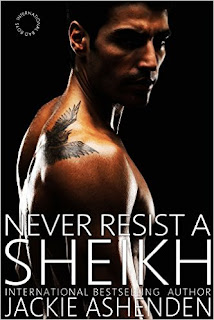 Felicity Cartwright is ambitious, fierce, and has everything to prove. But when she arrives in Al-Harah on business for her new tech start-up, she’s mistaken for the future queen and taken against her will.

Zakir ibn Rashiq Al-Nazari, ruling sheikh of Al-Shakhra, needs of a wife. Inheriting the throne after tragedy strikes his family, his government and people demand heirs, and hope for the future…

Once Zakir chooses Felicity as his bride prize, she is told she cannot resist… and when the unexpected chemistry burns between her and the sheikh, she learns she doesn’t want to. Will Felicity, this western stranger who has an inexplicable hold over Zakir, be just what he and his country needs to heal?


A passionate and exciting story.

Felicity Cartwright had a meeting planned that would help Al-Harah by bringing them the technology their country needed.  By getting this job, it would keep her company afloat.   What Felicity didn't expect was to be kidnapped by a stubborn sheikh from a neighboring country because he needed to get married.

Zakir ibn Rashiq Al-Nazari, ruling sheikh of Al-Shakhra thought the SUV they planned to ambush carried Princess Safira.  He wanted her to be his wife and he would kidnap her if necessary.  But what he found in the car was an ill-mannered American woman, not the princess he was seeking.  Once Zakir's veil slipped from his face and Felicity saw his him, he knew he couldn't let her go.  She could identify him as the attacker.

He’d come for the sleek, beautiful lioness that was Princess Safira, hoping to take her back to Al-Shakhra and make her his sheikha.  And, instead, in place of a lioness, he’d gotten a...chihuahua.

This man.  He was to blame.  He’d kidnapped her, drugged her, taken her out of the country, and now he was getting in the way of her company’s last hope.

Can Zakir convince Felicity to be his "bride prize" or will she run from him the first chance she gets?

The passion between Zakir and Felicity was very intense and I enjoyed their chemistry.  The concept of falling in love with someone who kidnapped you is a little hard for me to believe, but the author made it work out really well.  It kept everything interesting.