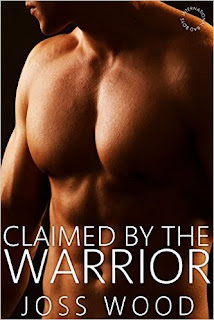 Bad boy Jed Hamilton is ex-special Forces and a current undercover recovery agent who's mentally and physically tough, a lone wolf and, above all, violently allergic to commitment, permanence, and anything wedding related.

So when he learns, in the very sexy McKenna Dixon’s bridal salon, that his younger sister is getting married and wants him to be her “man of honor”, Jed wishes he was anywhere but in Cape Town. Especially now that he'll be spending more time around the one woman who makes him consider perilous phrases like “what if” and “maybe”…

McKenna Dixon loves bad boys, but her past experience with the species has led to nothing but pain and heartbreak. Jed Hamilton is exactly the type of man she should avoid, but when a nasty incident threatens her and her daughter, Jed immediately appoints himself as their protector, even though it’s not a part of his job description.

McKenna is determined not to allow another bad boy to flip her life inside out, and Jed is determined to retain his bachelor status and to keep travelling and working. But, as they both discover, love does its best work when busy making other plans…

Ex-special forces and current undercover recovery agent, Jed Hamilton has come to Cape Town to visit his sister only to find out she is getting married after she asks him to meet her at a bridal salon.  Jed hates everything about weddings and he really doesn’t want to be his sister’s man of honor.  But he will do it for her.

Single mom and wedding dress designer, McKenna Dixon has always had a thing for bad boys.  Over the years, she has learned to stay clear of them.  Will she be able to stick to her rule when Jed shows up at her Salon?

After McKenna’s shop is vandalized, Jed insists on protecting her and her daughter until he can find out who is behind it.  The threatening emails and messages on her phone are enough for Jed to know whoever is doing it is very dangerous.  Jed soon decides he wants to be more than just McKenna’s protector.  How long will McKenna be able to resist this bad boy?

This story drew me in right from the start.  The characters were the kind you just want to know more about.  It was a hard book to put down.