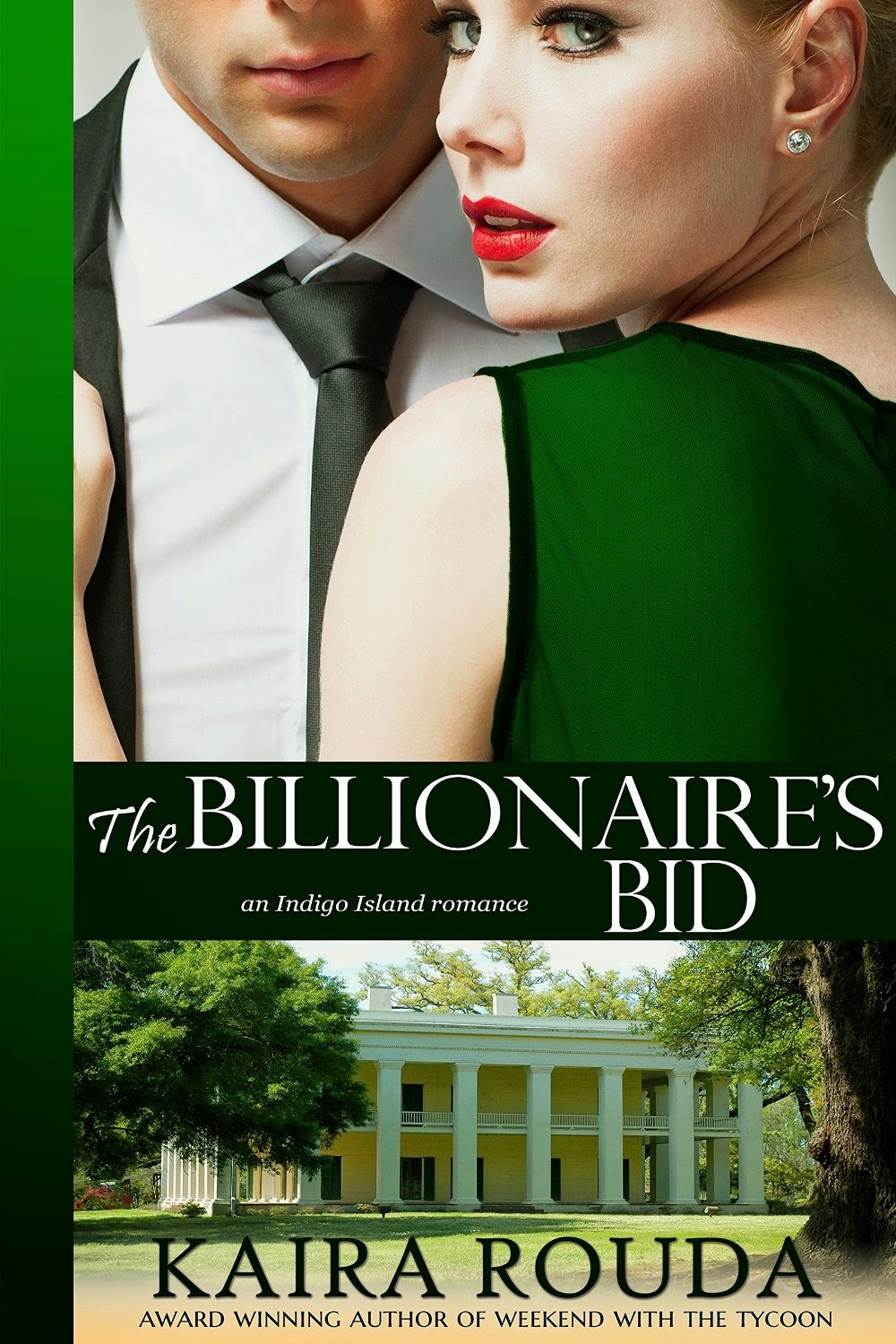 Handsome tycoon James Putnam is acting CEO of his family’s logging company, Putnam Industries. He needs to land a big deal to prove to the board he’s capable of leading the company. If not, his father’s right-hand-man is more than willing to fill the role. James hurries to Indigo Island alone, certain he has what it takes to win the bid, earn the CEO title and save the island from uncontrolled logging.

Aubrey Templeton is a gorgeous magazine reporter facing a mountain of debt after her parents’ tragic deaths. The only asset she has to leverage is 2,500 acres of old growth forest on Indigo Island. She hires Dirk Cooley, a forester, to create a forest management plan for her family’s land and to solicit multiple logger bids to lease the land. Aubrey insists James Putnam’s company is included since she still hasn’t forgotten the one night of incredible sex they shared over a year ago, and she’s sure he’ll be eager for a repeat performance.

What Aubrey doesn’t know is that James is a changed man, who is determined to prove he didn’t get his job as a birth right. He is determined to never again mix business with pleasure, although keeping Aubrey at arms length during their negotiations tests James’ discipline and will power, especially as he finds himself in the role of tour guide for the sexy landowner and later as her protector when an unscrupulous forester targets them both in a revenge plot hatched to destroy the Putnam family.

With the CEO position on the line, James Putnam needs to land a big deal to prove he is the right man for the job.  Putnam Industries is the only company that should win the deal of logging the Templeton land.  The Putnams have been a part of Indigo Island for a very long time.  James would know what is right for the island and its people.

Since losing her parents a year ago, Aubrey Templeton has been trying to figure out how to pay the taxes on the land.  She refuses to lose the land that has been in her family for generations.  When Aubrey hires Dirk Cooley to help with her plans, she has no idea what will happen.  She has no idea Dirk is out to sabotage the deal because he doesn’t like the Putnam family.

With the land deal on her mind, Aubrey also has a memory of spending the night with James a year ago.  She hasn’t forgotten him or the time they were together.  She would love to pick up where they left off.  Will James have only business on his mind or will he be open to more than just business?

I enjoyed this book.  It has a good plot and interesting characters with a few unpredictable surprises here and there.