Caught up in You by Kim Boykin Review 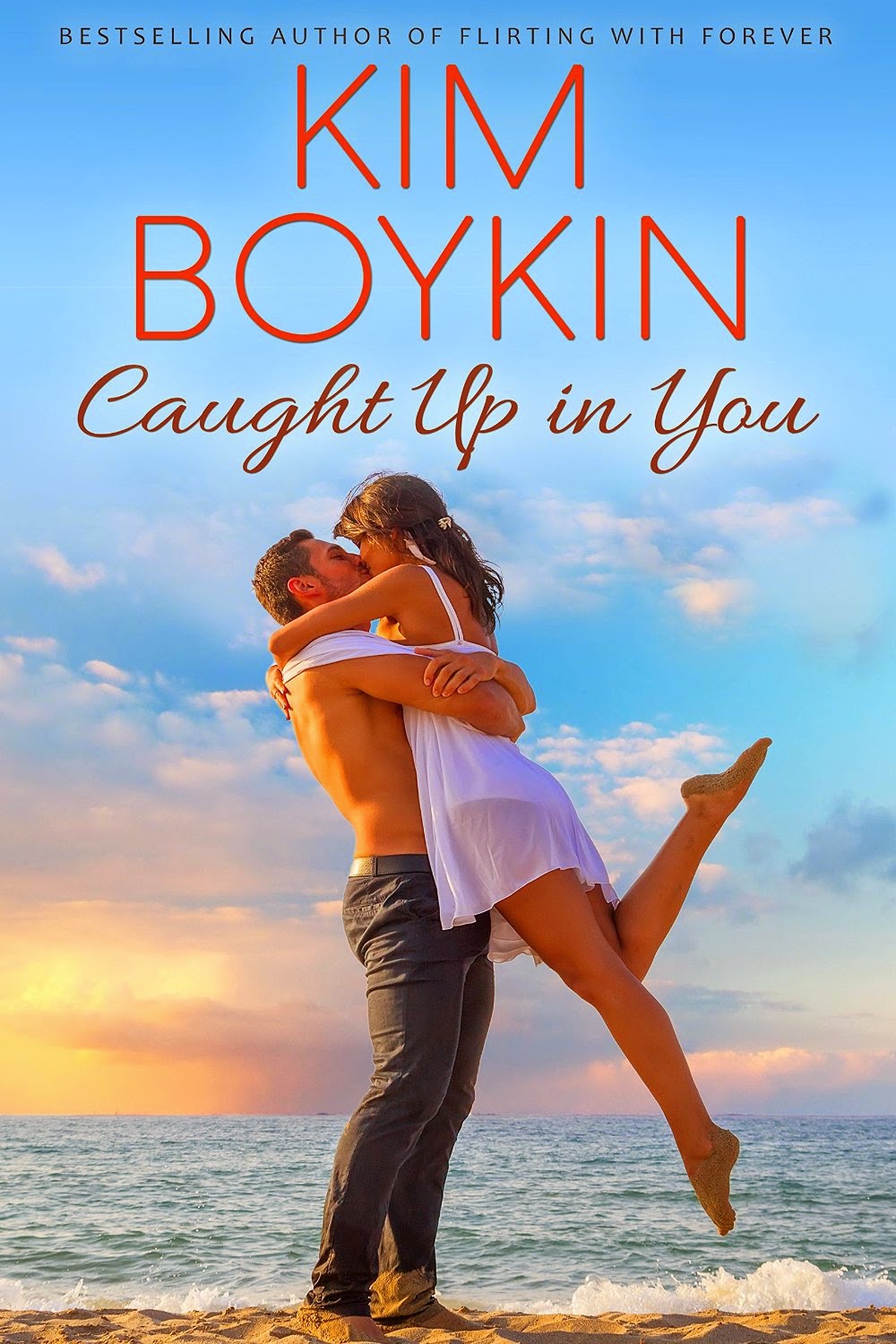 After attending her baby sister’s destination wedding, Shelby Worthington decides she’s ready to do some husband hunting of her own. The only problem? She’s still insanely attracted to Declan Enright, her high school and college crush. He’s now a wildly successful painter who’s temporarily back in Magnolia Bay, but Declan should be Shelby’s last choice for possible husband material. He didn’t earn the reputation of runaway groom for nothing…

Declan has worked hard to make his mark on the New York art scene and has succeeded at everything he’s ever done…except love. But Declan has come back to the Bay to change that and care for his dying father, even if he’s still never forgiven Declan for leaving the family business. Shelby is determined to steer clear, but while her lips keep saying no, her heart is pounding out yes each time she and Declan are together. While she can’t deny her attraction, Shelby’s convinced that Declan’s track record means he will break her heart. Or has Declan changed for good, and made love worth the risk?


Would risk your heart for a second chance with an old crush?

Nicknamed the runaway groom, Declan Enright has left three women at the alter.  Now he's back in Magnolia Bay to keep an eye on his sick father and Shelby Worthington can't keep her mind off him.

Years ago, he had been her crush, her kryptonite.

After her sister’s wedding, Shelby has marriage on her mind. Declan is the last man she should want, especially with his reputation of breaking hearts.  But she still can’t help thinking of Declan and wanting to spend more time with him.  Could he change his wild ways to settle down with her?

Declan has his hands full with his stubborn father who still insists on going out in his shrimp boat even after the doctor told him he can't go out alone.  How will he stop his father’s reckless behavior?
Declan is surrounded by women from his past in his small home town which makes it difficult to start a new relationship.  Will he be able to convince Shelby he is a changed man?

I enjoyed everything about his sweet story
Posted by Janine at 7:37 AM