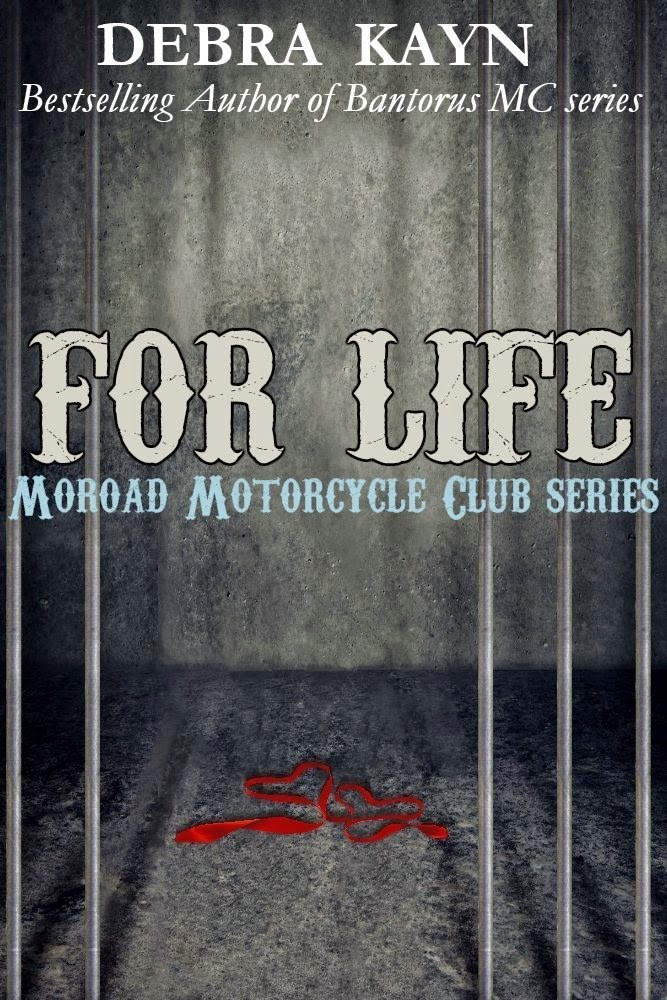 Cam Farrell, president of the Moroad Motorcycle Club, struggles to adjust to living on the outside after spending the last eighteen months in prison. Pressured to confess to his part in the crime of bringing his son into the club, he must make drastic changes to stay ahead of the law and prove to Christina he will never leave her again. The noose tightens as he faces the possibility of losing everything he's worked for within the Moroad MC. Can he save his club, his woman, his son, and his life?

Some people in Federal call Christina insane for loving a criminal, but Cam's presence has always provided her with an inner strength she's found nowhere else. Christina's worries increase when Cam arrives home more hardened, more violent, and more determined to continue the life of crime that has dictated his life. Caught between her fear of losing him and forcing Cam to fulfill his promises, Christina must face the truth. Love has no boundaries and some things are better off staying buried.

An emotional tale that will have you questioning everything you thought you knew about love.

Cam Ferrell is home after spending 18 months in prison.  He will do anything to keep his club under control and his woman by his side.  He will not accept any of his club members disobeying Moroad MC rules, not his woman, his VP or the boy he calls his son.

No matter what happened or what direction the future took them, he would always own her, because more than his determination to keep her, she’ld never survive without him.  She needed him, more than he needed her.

Christina is always kept in the dark about the club’s business and Cam hasn’t changed since he got out of prison.  In some ways, he has gotten even more secretive.  Will he ever change his ways for her?

With a rival gang threatening his freedom and the gun chain that supports the club, Cam will go as far as he has to in order to keep his people safe.

I’m still confused whether I like Cam or not.  He shows his dedication to Christina, but he doesn’t seem to know how to show how much he cares for her except through sex.  I enjoyed all the twists and turns in this book and will be anxiously waiting for the next book to see what happens.  I would definitely recommend reading Wrapped Around Him prior to reading For Life.
Posted by Janine at 7:14 AM