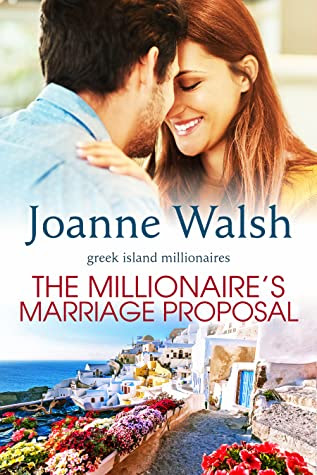 Can they forgive their past to find a future together?

Sally Campbell fled her troubled home in England for the idyllic Greek seaside village of Agia Kalamaros years ago, but her freedom and happiness were short-lived. Her impulsive marriage was a disaster, yet Sally refused to admit her mistake. When her husband unexpectedly dies, she struggles to keep his secrets hidden and family business afloat as his debts pile up. She’s about to lose everything, when the one man she’s always loved offers help. Can she accept when he’s already broken her heart once?

Dimitri Bekatoros threw his passions into building a million-Euro farming empire. He longs to marry and build a family, except he’s still in love with the one woman who got away. Now that Sally is single again, does he dare try his luck? Dimitri is used to fighting the odds to get what he wants, but he’s never had to battle a ghost before. How can he show Sally that life is meant to be lived…with him?

Their reunion was long overdue.

Years ago, Sally and Dimitri dated and should have been married back then.  But when Sally caught Dimitri in the arms of another woman, she fled without waiting for an explanation.  She started dating, and eventually married, Dimitri’s best friend Manos.  Their marriage was in name only.  Sally never loved Manos and when he died, he left Sally with a mountain of debt.  When Sally’s store floods, and she considers selling and moving back to England, Dimitri is right there to help.  Dimitri hopes Sally will give him a second chance.  He has his work cut out for him if he wants to get Sally back.  He has to prove he his love and devotion to her.

I have been waiting for another addition to the Greek Island Millionaires series and was so glad to find out this book was being released.  The story drew me in right away and it was easy to visualize all the pretty Greek scenery.  Throughout the series, there has been a mystery and this book concluded it. Hopefully it doesn’t mean the end for the series.  Even though this book is part of a series, it can be read on its own.