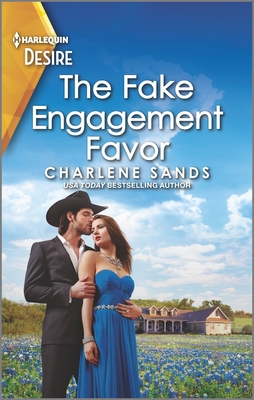 Can a country music superstar save his career

by pretending to be in love?

Rocked by scandal, country crooner Gage Tremaine’s career is over if he doesn’t clean up his act. An engagement to straitlaced Gianna Marino could do the PR trick. Even though Gage and Gianna had a fractious relationship growing up, their families go way back, so Gianna agrees. She’s not his type, so Gage considers her a safe choice. That’s his first mistake. Because when the bookish professor undergoes a makeover, all bets are off!


It was all a charade; until it wasn’t.

After some bad press, country star, Gage Tremaine needed a fake fiancé to boost his popularity again.  Professor Gianna Marino was the only one dependable enough to fill the role and keep Gage’s secret.  She wasn’t happy about lying, but she would do anything for the Tremaine family, who was like a second family to her.  As Gianna plays the role of her lifetime, she starts to have feelings for Gage, but she fights it.  She doesn’t trust him with her heart.  But when Gage falls for Gianna, he has to work hard to convince her that he will never break her heart.

This is a fun opposites attract story.  Both, Gage and Gianna seemed to be set in their ways and it was fun to see them meet half way and finally fall in love.  This book had everything I was looking for in a romance book.