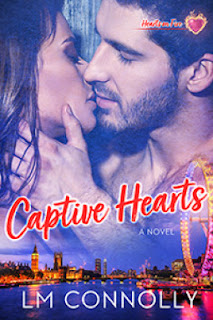 He checked in but left his heart behind

Scarlett Woodward is struggling to keep the family hotel in London afloat. When the weekend brings only one guest, handsome and enigmatic Evan White, she sends the staff home to save funds. Scarlett sets the kitchen ablaze leaving them both in the dark and cold. The lack electricity doesn't mean there aren’t any sparks or heat. A night of unexpected passion leads to a baby, but when Scarlett learns who Evan really is and what he was really doing at her hotel, she’s can’t say no to his marriage proposal fast enough, baby or no baby.

Ethan Black was undercover on a research trip to buy Scarlett’s hotel without using his famous name or family business—the international Noir Group. He’s determined to build his own boutique hotel empire far from his manipulative and parasitic family. He broke all his rules and jeopardized his plans when he slept with Scarlett, but no way will he abandon her or their child. He knows he needs to woo the independent beauty and let her see the real him, but it’s difficult when his family is determined to undermine his position on the board of director’s and ruin all he has built with the Noir Group.

Ethan has spent his life making deals. Persuading Scarlett to fall in love with him may be the biggest challenge he has faced.

This sizzling hot romance set among the world of luxury hotel owners and those who surround them.

When I saw this was the second installment in the Hearts on Fire series, I couldn’t wait to get my hands on it.  It did not disappoint.  Scarlett and Ethan were definitely on fire.  I just felt bad for Scarlett through a lot of the story.  Ethan was more focused on his career and he even told Scarlett he could never love her, but he still wanted to marry her.  But then, Ethan would turn around and do something totally unexpected and romantic and I thought he was changing, only for him to revert back to his impassive ways again.  But in the end, it was a complete turn-around.  Ethan was redeemed and him and Scarlett got their happily ever after. I enjoyed the settings of London and New York.  The bedroom scenes are not for the faint of heart.  They were very explosive.  But you won’t hear me complaining.  All around it was a good story with lots of passion, luxuriousness and family drama.