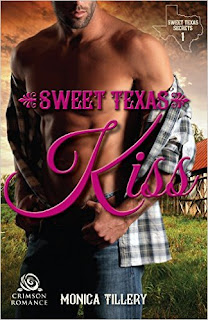 Small town. Big secrets. Welcome to Sweet Ridge.
The Cooper brothers receive the shock of their lives when their deceased father, owner of the lucrative Guac Ole company, wills away their inheritances to three random women.
No one's more surprised when Jack Cooper leaves the family estate to music superstar Macy Young than his oldest son. Seeing his childhood memories being handed over to his high school rival - the first woman to break his heart - stings, especially when Gavin is left only a pair of old reading glasses and a cryptic note. Luckily, Macy can't sell the house for one year - plenty of time for Gavin to find a way to get it back.
Living in the harsh spotlight of country music fame has cost Macy, and a little hometown peace and quiet just might heal her soul. But giving up and giving back Gavin's greatest prize may not be the tune she plans to sing.
Can a country star and a country veterinarian find a way to bury their animosity and rediscover their first love in the process?


A brilliant story about going back home and finding love when you least expect it.

Gavin Cooper couldn’t understand why his father didn’t leave the family home to him after he passed away.  Instead he left it to one of Gavin’s classmates who went off to Nashville and became a well-known country music star.  Now Gavin must figure out how to get the house back.

Macy Young has had a successful music career but it was filled with heartache along the way.  The death of her best friend Tori sent Macy over the edge and she hasn’t been the same since then.  Returning to her hometown of Sweet Ridge Texas might be just what Macy needs.  She just doesn’t realize it at first.

Gavin had a major crush on Macy when they were in school, but he didn’t act on it because his best friend Tori asked him not to.  She was afraid if something went wrong, she would be caught in the middle.  Gavin respected Tori’s decision and moved on.  Gavin lost Tori not once, but twice.  The first time was when she moved to Nashville with Macy, and the second was when Tori died.  Gavin still holds Macy responsible for Tori’s death.  Will Gavin be able to put aside his anger long enough to be nice and try to convince Macy to sell the house to him?

Things heat up when Gavin and Macy stay in the house together.  Neither expected it to go as far as it did.  Was this Gavin’s father’s plan after all, to get Gavin and Macy to realize they are perfect for each other?

This was a very enjoyable and well written story and a great beginning of a new series.  I really liked Gavin and Macy’s story and can’t wait to read about the other Cooper boys and see how their love lives turn out.