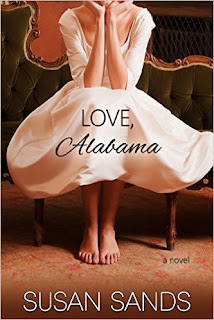 Emma Laroux’s a fallen Southern beauty queen whose past is barely whispered about in her small town. But the secrets and lies surrounding her scandal still haunt her, and something about Matthew Pope may hold the answers...if only she could put her finger on it.

Matthew Pope wonders what awful karmic thing he’s done to land him in Podunk, Alabama. But when he sees Emma Laroux again after all this time, he knows he’s still the only one who holds the key to unlocking the truth of her past…

Will a shared moment in time ten years ago threaten the best thing that’s ever happened to them – each other?


A sweet small town romance that grabs your attention right from the start.

Former Miss Alabama Emma Laroux is happy with her life as a pageant coach and helping her sister on her new cooking show.  Emma doesn’t need a man in her life, but the show producer Matthew Pope stirs up something in Emma when they start spending time together.  Emma decides it’s finally time to get serious about dating again.

Emma and Matthew actually met ten years ago when she was drugged at a frat house where she was hanging out with her boyfriend.  Emma doesn’t remember who the man who rescued her from the crazy scene, and Matthew doesn’t know how to tell Emma that it was him.  Will the secret Matthew is keeping end the relationship as quickly as it began?

Another story in the book is Emma’s ex-boyfriend Tad, who is the mayor of Ministry Alabama where Emma and her family live.  He is secretly still in love with Emma though he has a wife and daughter.  He remains very possessive of Emma and any man she dates, Tad runs out of town before they become too serious.  When Tad realizes Matthew is the guy who rescued Emma the night of the party, he becomes even more possessive with Emma.

This book was very well written and had me hooked from the start.  There are a couple other tiny stories woven into the main ones as well, but I don’t want to give away too many spoilers.  I enjoyed the characters very much and they had come to feel like old friends by the time I was finished reading the book.  This is actually the second book in a series, but it works very well as a stand alone if you missed the first book.