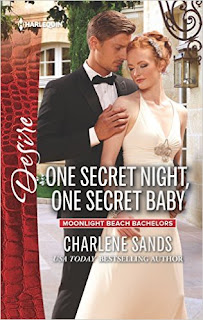 During a city-wide power outage, Emma Bloom turns to her old friend Dylan McKay for help. The Hollywood heartthrob comes to her rescue, action-hero style, and sees her safely home. But what happened next? The details are blurry—because Emma was tipsy, and an on-set accident leaves Dylan's memory of that night in tatters.

But soon irrefutable evidence surfaces: Emma is pregnant. It's hard enough sharing her secret with a man used to fending off scheming women. But Dylan does the right thing and proposes. And then, one day, his memory returns…


A one night stand with one of Hollywood's hottest actors just got very complicated.

Emma Rae Bloom had her first one night stand when she got drunk on the night of the infamous Los Angeles blackout.  And it was with none other than the hottest guy on earth, Dylan McKay, Hollywood heartthrob and her best friend's brother.  Now Emma is pregnant.

Emma barely remembers the night because she drank too much.  Dylan doesn't remember it because he has amnesia after an accident on the set of his new movie which left him injured and one of his good friends dead.

When Dylan starts getting back some memories, everything changes fast.  The night of the blackout might not have gone as Emma thinks it did.  What happens next, no one could have expected.

Beautifully written.  Emma and Dylan's story is one you won't forget easily.  Not a detail was missed and the book had my complete attention from start to finish.  Many of the scenes were easy to visualize and the characters were easy to identify with.  I didn’t see the plot twist coming at the end and really enjoyed the little surprise in the story.