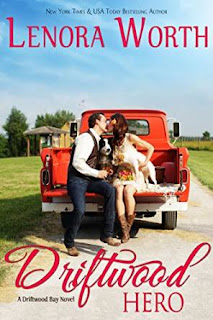 When reclusive war hero, Sam Hinson, is asked to be the best man for his friend Brodie Steven, he heads to the small town of Spirit, Louisiana, only to find out from the bride’s gorgeous older sister that he needs to deliver the “best man” speech at the wedding reception. He doesn’t like to even be in a crowd, let along speak to one.

Still hurting from her ex-husband, Madeline Sonnier Parker is ready for a little temporary romance. She tells Sam she’ll help him write his toast to the bride and groom if he’ll help her aggravate her ex-husband. But Sam’s been used before, and after being around Madeline, he decides he wants more than what she’s willing to give.

Their pact sets off a string of revealing old hurts and new fears as Sam and Madeline come together. But once they begin opening up to each other, they realize that this wedding bargain might just be the start to something more…

Can a Valentine’s Day wedding bring two people who have sworn off love together?

Madeline “Maddie” Sonnier Parker does not want to be in her sister’s wedding, but she will do it because it’s the right thing to do.  She wants to see her sister happy.  Maddie is still hurting after her marriage fell apart because of her husband’s cheating and drinking.

Sam Hinson is not exactly happy about being in his best friend’s wedding either.  He has his own reasons why he doesn’t do relationships.

When Maddie finds out her ex-husband will be in town for the wedding, she comes up with a plan.  Sam needs someone to help him write his best man’s toast for the wedding.  So, Maddie wants Sam to be her date to irritate her ex.   Will their little make believe relationship lead to more than just an act?

This was the kind of book that keeps you interested all the way through it.  The story lines of all of the characters were well planned out and each scene was very believable.  Maddie and Sam had me cheering for them throughout the book.  With all that they had been through, I felt they made a great couple.    Although this is the second book in the series, it can be read as a stand alone.