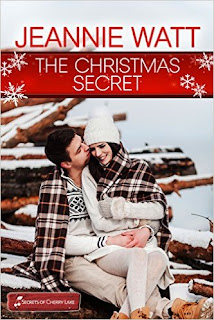 Trapped in a cabin in a raging blizzard with the one man on earth who could turn her world upside down…this Christmas holiday was not playing out at all the way Lil Reynolds had planned. Not even close.

When Lil’s former fiancé chose to marry on Christmas Eve—the day he and Lil had planned to marry one year ago—she knew she had to get out of town for the holidays. Heading to the isolated family cabin seemed like the perfect solution, until the blizzard came…and a man showed up at her door in the heart of the storm. Casey Lanigan. Her ex-fiancé’s brother. A man with whom she shared a secret summer romance many years ago. A man who’d betrayed her trust. A man who, despite everything, still made her heart beat a little harder…

So much for a Lanigan-free holiday.


A holiday story at its best.

When Lil Reynolds went to her family cabin in the mountains to avoid being the talk of the town as her former fiancé gets married, she didn't expect to have company.  Her would-be brother-in-law Casey Lanigan to turned up at her door.  Will her solidary Christmas be ruined now?

Casey had gotten caught in the blizzard and couldn't see to drive any further.  He had seen the lights on in Lil's cabin when he passed by on the way to his cabin.  So he parked his truck along the road and started walking to Lil's place.

Lil and Casey secretly dated a few years back, but it had ended after Casey's second arrest.  Lil knew he would ruin her and she couldn’t let that happen, so she broke up with him.  Then she fell in love with Casey’s brother Curtis.

While Lil and Casey are trapped together at the cabin, they are finally able to talk about life and what went wrong in their relationship.  Casey was getting the same vibe from Lil that he’d gotten eight years ago, when he’d first figured out she was attracted to him.  Their business was far from done. The question was...should they ignore it as she wanted?

This book left me with a good feeling.  I didn't know what to think of Casey at first with him being Lil's ex's brother. I wondered how it would work out.  But it worked out really good for them both.  It was a wonderfully written story.