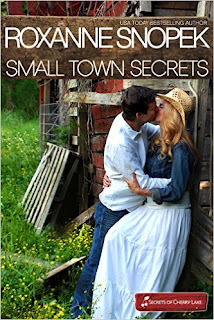 The graduating class of Cherry Lake High School is celebrating their freedom with the traditional camp-out in the Jackson Cherry Orchard on the banks of Flathead Lake, Montana. Among the revelers are four cousins, the grandchildren of town founder and patriarch Nate Jackson, a man who knows first-hand how a life can change on grad night and the personal sacrifices that may be necessary months later.

Joining him on his annual vigil as twilight descends is Pansy Oppenheimer, a free spirit, who left Cherry Lake after graduation to wander the world. She mysteriously returns years later when Nate needs her friendship the most. As they keep watch at the edge of the orchard, they reminisce about their lives and choices; none of them easy, but all of them necessary. Nate and Pansy feel that they are guardians of the town, its children and keepers of their secrets.

Life doesn’t always turn out as you plan.

Pansy Oppenheimer and Nathan Jackson were young and in love.  Out of respect for his family, Nathan had to turn away from his true love and marry another woman because it’s what was expected of him.  Even though he was married to Mary, he never forgot Pansy.

While Pansy explored the world and had lots of adventures, her love for Nate never faded.  When Pansy finally returned to Cherry Lake many things had changed.  But one thing hadn’t changed and it was Nate’s love for Pansy.  Can the reconnect as they once did or is it too late for them now?

This was a very quick read and a great start to the Secrets of Cherry Lake series.
Posted by Janine at 6:15 PM