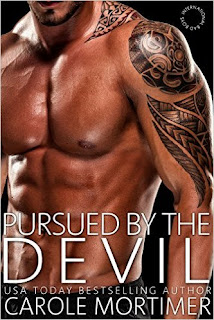 Mikhail Lysenko, a tall, dark, and deadly corporate shark, is buying up ailing companies during the financial crisis worldwide, cherry-picking the best parts, and disposing of the dead wood.

Lindsay Carlisle is a sexy, long-legged, ruthless lawyer whose client is determined to hold out against a Lysenko take-over.

And when Mikhail’s laser business focus hones in on Lindsay and becomes personal, very personal, she doesn't know whether his interest is genuine or a means of undermining her client's case. Regardless, there's no way she’s going to be added to the list of women who’ve jumped into the sexy millionaire’s bed. Trying to resist Mikhail and keep work her priority is more than enough to deal with, but then someone begins anonymously sending Lindsay roses… black roses. As a love token? Or something more sinister? She may have to run into Mikail’s arms and allow him to save her from her secret admirer...

Lawyer Lindsay Carlisle represents a businessman who is in the process of selling his company when she becomes attracted to the man wanting to buy the company.  But Lindsay knows better than to mix business with pleasure.

Mikhail Lysenko may be the grandson of Viktor Romanov, the notorious leader of the Russian mafiya, but he is nothing like his grandfather.  Mikhail has worked hard for everything he has.  Now Mikhail had set his eyes on Lindsay and he will do anything to have her.

Lindsay was raised to be a good girl.  She dreams of having a relationship like her parents, where love and respect came first.  Mikhail is known as a playboy and Lindsay should know better than to get involved with someone like him.

How long will Lindsay be able to keep saying no to Mikhail when her body is desperately saying yes?

I felt this book could have been much better if it were just a bit longer.  Some parts felt rushed.  But overall, I enjoyed the story.  The sex scenes were very descriptive for people who enjoy them.