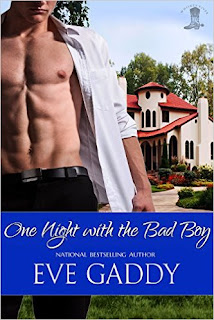 The Blues might be new to Whiskey River, Texas, but these illegitimate sons of the legendary Boots Kelly are no strangers to charisma.

Xander Blue, IT genius, has always been a love 'em and leave 'em kind of guy. But when he meets the CFO of Kelly Boots, beautiful single mom, Bailey Richmond, he knows he's down for the count.

Bailey Richmond has been there and done that and won't do it again. In Bailey’s eyes, once a player always a player and she and her son have too much at stake to risk it all on a fling. But dark-haired, blue-eyed, sexy Xander Blue makes her question all her rules.

Xander is determined to prove to Bailey that there's more between than chemistry. Can a charming millionaire convince a once bitten, forever shy single mom that she wants more than one night with the bad boy?


Xander Blue has come to Whiskey River to live at the Kelly Ranch and work at Kelly Boots.  As stated in Boots Kelly's will, all of his sons have to live and work together for a year in order to receive their inheritance.

Bailey Richmond, CFO at Kelly Boots,  is a woman who lives by the rules she has made for her life. No more relationships.  She can have casual sex.  But no man is allowed to meet her son.  She doesn't want Seth to get hurt when a man decides to leave her again.  Six years ago Baileys's boyfriend left her when she was six months pregnant and never even tried to meet his child.  Seth got attached to her last boyfriend and was very upset when he decided to break it off.

Bailey is different than any of the women Xander has met.  How will he convince her that he is a good guy and trustworthy?

Xander and Bailey had great chemistry and little Seth really stole the show.  The story was really good too.  The Whiskey Creek series has quickly become a favorite series of mine. I'll be sad when it ends.
Posted by Janine at 8:17 AM