Review: No Tomorrow by Carian Cole 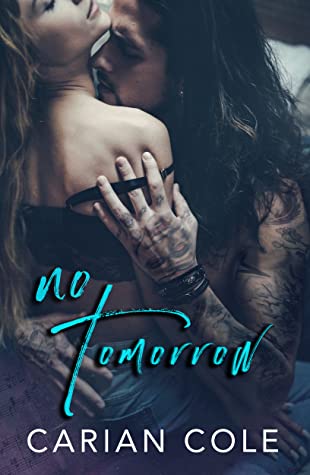 They say you never forget your first love.
Mine was a homeless musician who wandered straight into my soul.

He was my first everything. And fourteen years later, I still can't get him out of my head.

He broke all my rules.
He also broke my heart.

I watched him climb to stardom, cheering him on from afar.
But I was never a fan; just a girl in love.

Like a tornado, he spiraled, leaving a path of destruction in his wake.

But love conquers all, right? It has to. Because here I stand, ravaged and ruined, needing it to be true.

You can't go back, but I want to. Back to the park. Back to when he sang only for me. Before he was famous. Before he shattered my heart.

I thought I knew everything about him.
But I could not have been more wrong.

He promised me every tomorrow. And here I am, waiting.
And hoping.
Again.

When Piper fell in love with, Blue, a homeless street musician, she never expected to see him again after walked away without even saying goodbye.  Her heart was broken, but she never once stopped loving Him.  When Piper finds out Blue is now in a popular rock band, she sets out to see him again. So much has happened since he walked out of her apartment that day never to return.  But the reunion didn’t end as well as she had hoped and Piper walked out this time.  Years later, they try again, but will it be the same old thing again or will this time be forever?

This book took me on the biggest emotional roller coaster ever.  It ripped my heart out, tore it into a million pieces, and then slowly mended it back together.  I have a hard time classifying this book as a romance; it's more of a love story that proves true love never dies, no matter what happens. 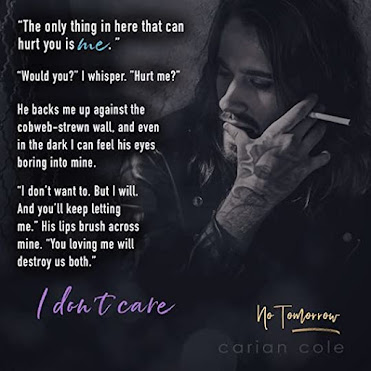