Review: Crusin' With The Top Down (Shady Rivers Book 4) by Magnolia "Maggie" Rivers 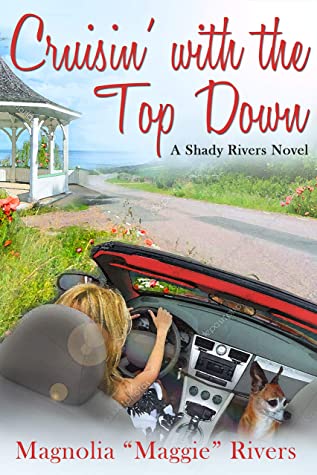 After escaping an abusive marriage, Bailey Marie Summerlin wants to find the girl she used to be. With the encouragement of her deceased father, she sets out on the trip of a lifetime along Route 66 only to find more than she bargained for along the way.Returning from the war, Noah Lockwood has lost everything. Beginning with the letter he received from his now ex-wife, before he ever returned stateside, to the notice he received of his best friend’s death, Noah has had enough. Putting his photography career on hold, he sets out on a much-needed vacation of sorts and joins in on a car race across America called the Gumball Rally. But what he finds along Route 66 not only adds more turmoil to his soul but torments his heart as well.

A fun journey of self discovery.

If you love small towns and the friendly characters that go with them, then you will love this book.   Recently divorced, Bailey Summerlin sets off on a drive along Route 66.  Along the way, she meets new people and sees new sights and discovers what she wants to do with her future.  Bailey meets Noah Lockwood when he stops to help her with a flat tire.  Noah is competing in a cross country race, but he can’t help stopping to help a lady in distress.  Little do Bailey or Noah know, fate brought them together when they each needed it.