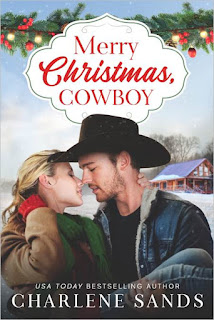 He flips houses. She flips hearts…

Independent contractor Garrett Brown hopes to survive Christmas in Last Stand, Texas, without too much fuss. Not interested in the rancher lifestyle, he plans to flip the house he inherited on Cottonwood Ranch and move onto his next project. Little Cody, the nephew he’s raising, needs stability, and he’s got a home waiting for them in California. The last thing Garrett needs is to become attached to anyone—or any place—or to get involved with silly Christmas festivities.

Kindergarten teacher Nicole Russell adores Christmas and is counting on the holiday to get her through her recent at-the-altar break up. Tired of pitying looks from the townsfolk, she decides to chair the Honeysuckle Holiday Fundraiser. When she reaches out to the new owner of Cottonwood Ranch, the perfect venue site, she expects cooperation, not stonewalling. Undeterred, Nicole makes her case with persuasive arguments that the too-handsome stranger in town cannot dodge and they strike a bargain.

Nicole and Garrett are at odds, but their holiday pact and the power of Christmas may change both of their lives forever.

Kindergarten teacher, Nicole Russell and house flipper Garrett Brown team up to make a memorable Christmas for Garrett’s nephew, Cody, who Garrett was raising after his sister passed away.  Along the way, Garrett and Nicole heal each other’s hearts from their painful pasts.

This is a book that is easy to get lost in.  The characters are both emotionally distraught and deserved to find some happiness.  I kept cheering them on while their friends and Nicole’s family kept nudging them closer.  Nicole was dumped at the alter months ago and was afraid to fall in love again.  Garrett was still mourning his sister’s loss and doing his best to give Cody a good life.  Garrett’s plan was to renovate his uncle’s house in Last Stand, Texas, then sell it and move to California.  But sometimes life has a way of changing your plans and you just might find happiness where you least expect it.  If you like small town romances with a lot of holiday spirit, this will be a good book for you.