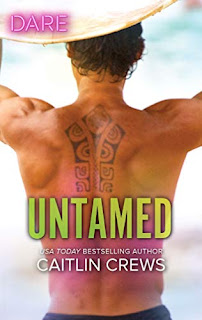 Buttons are made to be undone

One wicked touch at a time…

Self-made businesswoman Lucinda Graves is determined to add a tropical hotel to her company’s empire. Devastatingly handsome owner Jason Kaoki is willing to negotiate—but only if Lucinda rises to the challenges he sets! Lucinda passes every test, but as each dare grows hotter and wilder than the last, will she be able to keep her eyes on the prize?

Lucinda Graves is a woman on a mission.  And, she will do anything to get what she wants.  Lucinda’s mission is to convince Jason Kaoki to agree on opening a resort on the private island he inherited from his estranged father.

Lucinda and Jason’s business meeting is anything but formal.  In fact, it eventually leads to the bedroom and becomes a one night affair that changes both of their lives.

This is one steamy book set on a tropical private island in the Pacific Ocean.  Both characters are incredibly strong willed and used to getting their way.  They clash at first, but when they both give in to each other’s desires, the story really heats up. And, I’m talking very hot scenes, not for the faint of heart.  There are also some funny parts like when Jason refers to Lucinda’s suit as funeral clothes and there are serious moments as well when they open up about their pasts.  It is a well-rounded book and a great story.  I won’t forget these characters for a long time.

Thank you Harlequin and NetGalley for allowing me to read this book in exchange for an honest review.