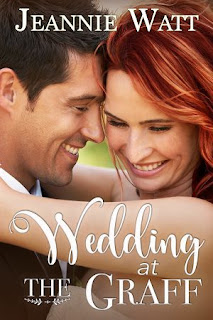 Luck of the Irish?

Collie Flanigan fled Chicago for Marietta, Montana to start a new life after breaking her engagement, but immediately hits a snag. Her ex-fiancé wants the ring back and sends his most trusted confidant and employee to get it. But the ring was stolen from her family years ago, and Collie has no intention of ever parting with the beloved family heirloom.

Collie’s college friend, Michael Donovan, thinks his mission is simple—quietly retrieve the ring to keep Collie out of jail and himself employed. He books a stay at the historic Graff Hotel, where Collie works in housekeeping, intending to quickly persuade her to part with the ring. Not so easy when Michael realizes he’s in too deep. he chemistry between him and Collie is still there, stronger than ever, but their timing’s always been off. Is now finally their time, and will Collie accept his ultimate sacrifice?

Old friends, Collie Flanigan and Michael Donovan, are reunited when Michael is sent to Marietta, Montana by his boss, Garrett Hawley, to retrieve an emerald ring from Collie.  The ring originally belonged in Collie’s family, but was lost during the Great Depression when her great-grandfather needed a loan.  The loan was paid off, but the ring never returned.  When Collie got it back, in the form of an engagement gift from Garrett, she wasn’t about to let it go again even though they didn’t marry.

After Collie and Garrett’s breakup, Collie moved from Chicago to Marietta to start a new life.  She works as a maid at The Graff Hotel while trying to start her own cleaning business.  When Michael arrives in town, Collie doesn’t trust him.  But it doesn’t take long for them to rekindle their friendship and then become a couple.  Garrett’s threats tried to come between them, but Collie and Michael were stronger than Garrett in the end.

This was a wonderful friends to lovers story.  I liked the back story about the ring and how much it meant to Collie’s family and how she would do anything to get it back to her grandmother where it belonged.  I was surprised that Collie and Michael were so close at one time in their life, yet never hooked up.  But that fact made their union even stronger.   The grandmother’s added a fun element to the story.  Overall, this was a book that I really enjoyed and would recommend it