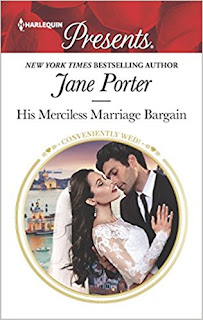 Raising her sister’s child has left Rachel Bern penniless and desperate. Since her orphaned nephew’s family has ignored her attempts at contact, she has no choice but to bring him to the Marcellos’ Venetian door.

Losing his brother devastated Giovanni Marcello. Rachel’s news is another bombshell, and he can’t believe that she doesn’t have an ulterior motive. One kiss should unravel her deception, until their smoldering chemistry has Gio reconsidering…

Gio exacts a high price for acknowledging his heir, but Rachel cannot help but succumb to his outrageous demands. Even if it means walking down the aisle!


A baby.  A scandal.  A fake marriage.  And a perfect happily ever after.

All Rachel Bern wanted was a little help raising her nephew, Michael, after her sister’s death.  Michael’s father had also died, so he was no help.  So she headed Venice to see Italian billionaire, Giovanni Marcello, in hopes that he and his family could help out.   Rachel arranged for the paparazzi to be outside the Marcell palazzo when she went to meet Giovanni.  But the tables were quickly turned when Gio came up with a plan of his own.  Though it left Rachel frustrated, she had a hard time saying no.

This was an emotional roller coaster of a story.  Giovanni seemed so stubborn and set in his ways at first and Rachel was just a nice girl with insecurities.  But together, they brought out the best in each other to finally give Michael a good family.   The romance was intense and the details in the story were very descriptive.  I could just imagine myself being whisked away down the canals in a gondola and seeing all of the sights.   It was hard to close this book and walk away.  I needed more.

My favorite quote:
She’ld woken him, and the desire consumed him.  It had been far too long since he’ld felt emotion, or hunger, and he felt both now.  He wanted her.  And he would have her.