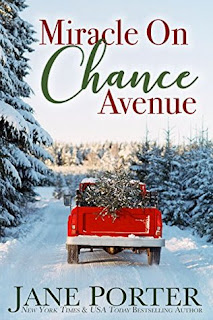 Rory Douglas rarely returns to his home town of Marietta, choosing instead to unleash his demons competing on the American Extreme Bull Riding Tour. But after a particularly bruising season, Rory visits Marietta with the idea of buying an investment property and planning for a future he never imagined or wanted.
After ten years as a flight attendant, Sadie Mann has turned in her wings to focus on her shabby chic business and becoming a single mom. Adjusting to her new life is proving harder than she expected and the last thing she needs is unrequited love, Rory Douglas, home for the holidays. Everyone knows he avoids Marietta, Christmas, and settling down, so why is he back now?
Rory and Sadie have never had a chance, but maybe this Christmas will bring the miracle they’re looking for.
My Review:
Storytelling at its finest.

Sadie Mann wants to have a baby.  And for years, she wanted that baby's father to be her lifelong crush, bull rider, Rory Douglas.  She would even travel around the country to different events just to see him.  But she never had the courage to talk to him.  When Rory finally returned to Marietta, Sadie had already moved on from him and was planning on using a donor for her baby.

Rory first spotted Sadie in the stands two and a half years ago.  He didn't know anything about her, but liked to think of her as his angel.  There for the rodeo and then she disappears.  The night Rory got in a bull named Hammerfall in Clovis, California, his angel couldn't save him.  His luck ran out and he suffered a severe injury.  He was lucky to be alive.

Rory is now investing in properties and returned to his home town of Marietta Montana to check out an apartment building.  When Rory discovers his mysterious angel was living right there in Marietta, the town he grew up in, he knew he had to know her.  Sadie confides in Rory about wanting to have a baby and how she planned to go about it.  But Rory has an idea all his own.  He wants a family with Sadie.  They decide on four dates to see if they are compatible.  With a little luck, they both just might get what they desire.

I loved this book.  Both characters had such a sadness in their past that it seemed they were perfect to help each other.  With new goals in their lives, and Sadie not wanting to budge at first, it was fun to see them come together in the end.