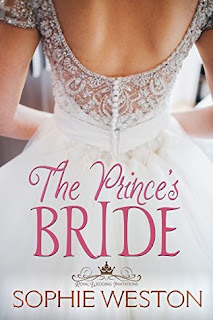 Jonas Revel is the Principality of San Michele’s super eligible Prince Charming–at least he will be if the family has its way. But Jonas has been paying his dues in the family high-powered law firm for long enough. He wants to live life on his own terms, and that does not include romance.

Hope Kennard’s childhood was rocked by scandal and financial ruin. With the death of her beloved but misguided father, she left England to travel the world in search of peace and purpose. No commitments, no baggage, no regrets. This philosophy works for Hope until she takes a housesitting job in sunny, beautiful San Michele and has a fateful meeting with a handsome and intriguing man.

Hope senses Jonas has secrets, but she has a few of her own. Can two people stop running from themselves long enough to find love?


Hope Kennard had been traveling the world trying to get away from her past.  Then she lands a job as a housekeeper on San Michele.  One day while out walking the dog, she gets lost in the forest and a handsome forest ranger comes to her rescue.  Little did Hope know, he was really Prince Jonas, a prince who is happiest working at the family law firm and volunteering as a forest ranger.  When Hope learns the truth about Jonas, she gets upset.  She doesn’t like secrets or lies.  Hope and Jonas both have some issues to work through before they can get their happily ever after.

This is the first installment of the Royal Wedding Invitations series and can’t wait to read the rest of the books.  The author did a great job building an interesting and entertaining love story.