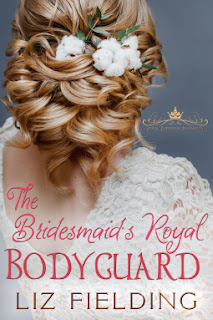 After being sacked from her job on the gossip magazine Celebrity, Ally Parker is forced to return home to Combe St. Philip with her tail between her legs. She is given a fresh start when her childhood friend, Hope, asks her to work PR for Hope’s marriage to Prince Jonas of San Michele.

When Count Fredrik Jensson, head of security for the royal family, arrives to check out the village, he makes it clear that her past employment makes her unfit for the role. The fact that there’s a sizzle between them from the moment they meet only makes everything worse.

Forced together on a trip to San Michele for the official announcement of the wedding, their sizzle flares into an inferno. However, their night of passion sours when he sees her with her ex-boss. Believing that Ally is about to buy back her job with wedding secrets, Fredrik turns back to ice. What will it take to see the person she truly is and a thaw to set in?

The third book in the Royal Wedding Invitations series belongs to Ally Parker, Hope’s best friend, who recently moved back to Combe St Philip after losing her glamorous journalist job with Celebrity Magazine.  Ally is desperate for money and takes on a job she really doesn’t like.  But it pays the bills.  When Hope asks Ally to do PR for her wedding, Ally is excited.  She has so many great ideas.  What Ally didn’t expect was to have a bodyguard under foot the entire time.


Count Fredrik Jensson is head of security for the royal family.  He arrived in Combe St Philip and make sure everything was secure for the royal wedding and to meet Ally, the bridesmaid.  Fredrik did not trust Ally after doing a background check on her.  So, he planned to keep an eye on her.  He didn’t imagine they would end up falling in love.

I enjoyed this book as much as I have the previous books in the series.   Ally and Fredrik didn’t seem to be a good match at first, but they brought out the best in each other.  Plus both having issues from their past made the story interesting.