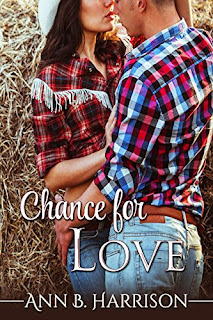 Callie can't resist the advertisement for a ranch manager in Montana. Only thing is, it also stipulates marriage. Down on her luck with more debt than she can manage after the death of her parents in a vehicle accident, she takes the plunge and commits for twelve months.

Chance is sick of the high life he's led for years as a top International Bull Rider. The glitz and glamour aren't what he wants. After an accident leaves him unable to return to the tour, he decides now is the time to do what his heart has been yearning for - marry a down to earth country girl and raise bulls on his ranch, with the hope of bringing his brothers back together.

Little did he know that an advertisement would bring him a sassy talking Australian bride to turn his world up side down... Will Callie return home after her contract is up, or can Chance convince her to say I do forever?

When champion bull rider Chance Watson is injured on the rodeo circuit, he is forced to take some time off.  He heads back to his Montana ranch to recover.  When he realizes he needs some help, he decides to advertise for a ranch manager and wife.  He had no idea he would end up with spunky Australian farmer Callie Lister and fall head over heels in love with her.

Callie is doing what she needs to do in order to help support her sisters after her parent’s death.   The job in America is only for a year and then she can head back home with enough money to pay off her debt and help her sisters.

Even though Chance's brothers are against it, he goes through with the mail order bride plan anyway.  Chance and Callie find themselves falling in love fairly quick.

The characters and their backgrounds were good and the story moved along fairly fast making it an enjoyable novella.  Although the mail order bride idea was a bit far-fetched, it seemed to work out well in this story.