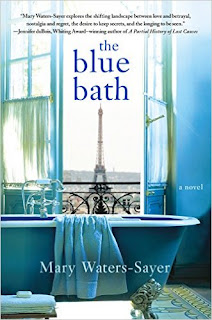 
Kat Lind, an American expatriate living in London with her entrepreneur husband and their young son, attends an opening at a prestigious Mayfair art gallery and is astonished to find her own face on the walls. The portraits are evidence of a long-ago love affair with the artist, Daniel Blake. Unbeknownst to her, he has continued to paint her ever since. Kat is seduced by her reflection on canvas and when Daniel appears in London, she finds herself drawn back into the sins and solace of a past that suddenly no longer seems so far away.
When the portraits catch the attention of the public, threatening to reveal not only her identity, but all that lies beyond the edges of the canvases, Kat comes face to face with the true price of their beauty and with all that she now could lose.
Moving between the glamour of the London art world and the sensuous days of a love affair in a dusty Paris studio, life and art bleed together as Daniel and Kat's lives spin out of control, leading to a conclusion that is anything but inevitable.


A brilliant story full of passion and emotion.

While Kat Lind's husband is away on a business trip, she hears about a new art exhibit in town.  The name Daniel Blake takes Kat back to her college days where they lived together in his tiny studio in Paris.  When it was time for Kat to go back home, the affair ended.  Kat had no idea Daniel continued to paint pictures of her during the twenty years since she last saw him.  Daniel's art exhibit was filled with paintings of a mysterious red head girl that people had come to admire.  Kat wanted it to remain a secret that the girl in the paintings was her.

Shortly after the exhibit, Kat and Daniel reunite and become involved in a full blown affair.  She is torn between her love for Daniel and the life she has built with her husband and son.  Kat faces the tough decision of which man she wants to spend her future with.  But fate has a way of making that decision on its own.  What happens in the end, no one expects.

I was fully involved in this book.  It started out a little slow but picked up pretty quick.  It's one of those stories that will stick with you long after you finish it.  It left me thinking of lost loves and what might have happened if given a second chance.


Thank you to St. Martin's Press and NetGalley for the ARC.