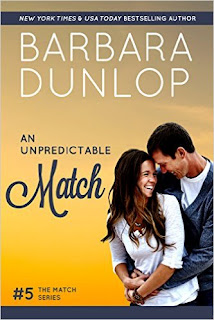 When Hammond Vashon’s family mansion is invaded by a Hollywood film production, he senses a conspiracy. He knows his grandmother Daisy has plans to match-make him, and it doesn’t take long to identify his grandmother as the force behind the production and starlet Pippa Carrington as his intended match.

Line producer MacKenzie Bowen is shocked when Hammond kicks her boss off the set and promotes her to producer. She’s attracted to handsome, wealthy mansion owner, but she knows better than to get romantically involved with the guy at the top of the film food chain—at least, she ought to know better.

Fascinated by MacKenzie, and more than interested in a exploring their mutual attraction, Hammond lets his guard down. Busy avoiding Pippa and worrying about his grandmother’s machinations, he doesn’t realize his true match is MacKenzie until it’s too late.

This is a cute story about a group of retired friends who have a match making program and use it to bring couples together.  In this book, Daisy Vashon and Lizbet Blythe use their program to match their grandchildren Hammond Vashon and MacKenzie Bowen.

MacKenzie and Hammond have no idea what is about to happen.  They are thrown together when MacKenzie goes to Boston to film a television pilot in the Vashon mansion.  At first Hammond is against all of these people invading his home, but he quickly changes his mind when he meets MacKenzie.

This was a fun book to read with a sweet story line.  I really enjoyed the characters and could picture the friends sitting around deciding who to match next.  The romance part didn't miss a beat.  MacKenzie and Hammond are the perfect match.