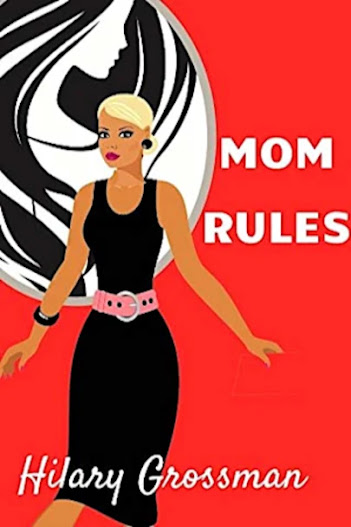 Donna Warren is not who everyone thinks she is….

It's no secret - to survive in a superficial town like Forest River, New York, where perfection is a requirement –a mom must follow the rules.

For the past five years, Donna has worked hard to exceed social expectations. She held the prestigious role of PTA treasurer, and her best friend, Jackie, is the most powerful woman at the elementary school.

But in a town where most mothers earn their black belt in backstabbing before their offspring enter pre-k, something was bound to go wrong…

And it did. Now, her former bestie has become her mortal enemy and destroyed Donna's reputation. Eagar to believe the rampant rumors, half the elementary school mommies think Donna is a drama queen and the rest believe she is a vindictive witch.

As she and her children's social standing dangles on thin ice, Donna is willing to try anything to fix her mistake. Unfortunately, all her efforts backfire, and she makes everything worse. Just when Donna is about to give up, she receives some shocking news. Forced to face the most difficult situation of her life, will she finally become the woman she wants to be?

What would you do to help your child have the best life possible?

In the town of Forest River, New York, gossip and rumors travel fast; especially with the PTA moms.  Donna Warren is about to learn who her friends really are.  For years Jackie Martin has been her sidekick, but when a rumor ends their friendship, Donna finds out just how vile Jackie really is.  Now it’s time for Donna to pick up the pieces, stand up for herself and decide who she wants to be; with or without the other school moms.

I always enjoy catching back up with this series.  Even though I wouldn’t personally be friends with these women, it’s fun to drop in and learn what they have been up too.  The secrets and drama really pull me in.  The stories feel so real.