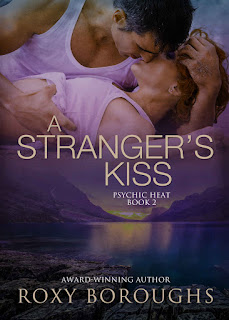 Sam Hutchinson, a successful lawyer, is devastated by the murder of his son. Hoping to gain closure by learning more about the suspected killer, Sam traces the murderer's roots to a small town in Montana.

There, against a serene mountain backdrop, he finds Amy Tesher. Lies are Amy's camouflage, all fabricated to escape the secrets of her dark past. And to protect her eleven-year-old daughter, Renee, who is able to communicate with Sam's ghostly son.

Unaware of Sam's real mission, Amy takes him into the boarding house she's inherited from her grandmother. Just as the serial killer, James Ryan Morley, returns to claim Amy … and her daughter.

An intriguing story that I had a hard time putting down.

Sam Hutchinson, a lawyer from Calgary, traveled to Bandit Creek, Montana, looking for someone who had information on his son Tommy's murder.  He ended up staying at The Dewdrop Inn, the B&B that Amy Tesher recently inherited her grandmother.  But what no one knew was Tommy's ghost was hanging around the B&B and Amy's daughter, Renee, had befriended him.  Tommy knew trouble was headed their way and he wanted to warn everyone.

This book had a lot of twists and turns and surprises that I didn't see coming.  I enjoyed learning more about the murderer, Morley, who was introduced in the first book in the series.  I was blown away by the connection between him and Amy.  I also enjoyed the romance between Amy and Sam.  This book is a really great addition to the Psychic Heat series.