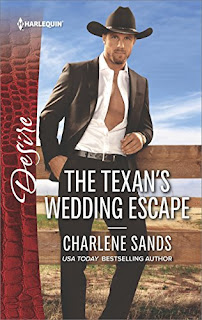 From friendship to passion…to forever?

Only if she doesn’t marry the wrong man first…

Lauren never got over her childhood crush on Cooper, but she’s grown up now and ready to settle down. She even agrees to plan her upcoming wedding at his ranch, but in close quarters, she’s second-guessing her groom and yearning for Cooper’s forbidden embrace… Then she discovers the rancher’s ulterior motive. Will she walk down the aisle with the wrong man?


It’s been a year since the death of Copper Stone’s best friend, Tony Abbott, and he still blames himself for the accident that took his life.  When Tony’s mother, Loretta, asks Cooper for help stopping her daughter Lauren, from marrying Tony’s corrupt business partner, Cooper agrees to help her.  He will do anything for that family.

Lauren has finally found true love and is in the process of planning her wedding when her mother realizes Roger isn’t being honest.  She can’t let Lauren marry him.  Loretta comes up a plan to get her out of the house and them both living at Cooper’s ranch where they can work together to keep Lauren from making a big mistake.  Lauren has never gotten over her crush on Cooper and staying together brings up some confusing thoughts, especially as time gets closer to the wedding.  Will Cooper be able to pull the plug on the wedding before it’s too late?

This was a really good story.  When I got near the end of the book, I had wondered how Lauren and Cooper would get their happily ever after because it sure looked like they wouldn’t be granted it.  But, Lauren took care of Roger in the end, and boy did she do it in a memorable way.
Posted by Janine at 6:02 PM