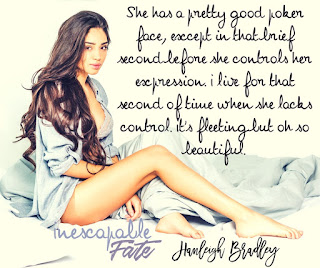 The first part in a three-part serial novel. When Georgia Kentley breaks up with her long-term boyfriend Darren over Christmas, she really can't wait to return to work on the 27th of December.

The excitement dies when she meets her new boss, Walker Trent. DCI Trent is a misogynistic pain in the arse. Being a young police officer, Georgia has met her fair share of men who don't understand that she can hold her own. Every single time she has proven them wrong.

Will she be able to prove to Walker Trent just how capable she is or will she get herself into a heap of trouble, danger and chaos? And when chaos ensues who will be there to save her?
#christmasromance #holidayromance #britishromance #britishchristmas #britishmystery #britishpolice #thefateseries #inescapablefate 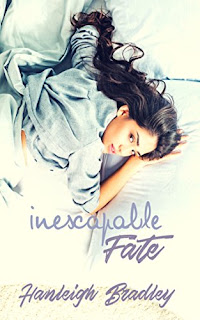 Georgia Kentley had everything going for her.  She followed her father’s footsteps and become a police officer just like he was, but she didn’t let his influence help her get the job.  She worked hard for her position.  Georgia also had a long time boyfriend who was her best friend.  But Georgia’s life is turned upside down when Darren breaks up with her in the middle of a Christmas dinner with both sets of parents there to witness it.  Then he just walks out leaving her to face the family on her own.
Picking up the pieces of her life, Georgia is facing a new boss who doesn’t think she deserves her position.  Walker Trent thinks Georgia only has her job because of her father.  So, Georgia sets out to show him what she is made of and prove him wrong.  But the joke is on both of them.  While working undercover together, they start to confide in each other about different things and then fall in love.

This is a quick read and it kept me interested throughout the book.  I felt bad for Georgia during the break up scene.  I couldn’t imagine that happening in real life.  I honestly didn’t like Trent at first.  He came across as a jerk, but he redeemed himself pretty quick.  I enjoyed the banter between both characters, especially when Trent would call Georgia a bint or refer to her clumsiness.  The only drawback was the cliffhanger at the end.  I thought here was more to the story but it just stopped.  Now I have to wait and see what happens next.  My preference to a book is wrapping up one story before beginning another.  If you don’t mind a cliffhanger, I would recommend it.